US will have to recognise Taliban ‘sooner or later’ 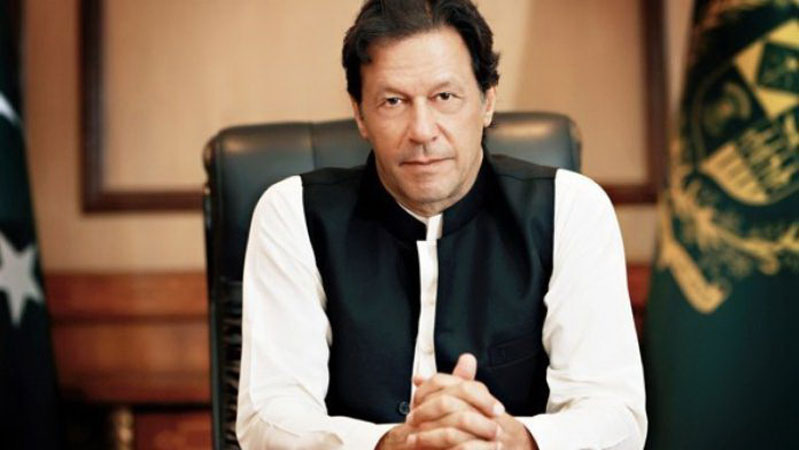 Prime Minister Imran Khan Saturday said Pakistan government is holding consultations and is in discussion with all the neighbouring countries on the issue of recognizing Taliban setup in Afghanistan.

In an interview with TRT World, the prime minister said that the US will have to recognise the Taliban government in Afghanistan sooner or later. He said that it won’t make any impact if Pakistan unilaterally recognises the Taliban, adding that the US, Europe, China and Russia should recognise them on priority.

Prime Minister Imran Khan said that certain quarters in US are unfairly targeting Pakistan for what had happened inside Afghanistan. He said there is complete shock and confusion in US after its troops’ pullout and swift march of Taliban. He particularly referred to the recent debate on Afghan debacle in the US Senate as the Taliban returned to power after twenty years. The prime minister said they were ‘seeking scapegoats’ and targeting Pakistan for their confusion and policies, which is unfair. The Afghan army collapsed and that was what completely surprised the US quarters, he said, adding if Taliban government collapsed, the biggest losers would be the people of Afghanistan. “They must come up for solution and think about the people of Afghanistan,” he said.

The prime minister cautioned that if the Afghan people were left in the limbo, the crisis was going to deepen. He maintained that there was danger of looming human crises as the country that had survived on 70 per cent of foreign aid and if this component was left out and unless there was help in the short term, the Taliban would not be able to stand on their feet, ‘so there is greater danger of collapse, chaos and humanitarian crises.’

The prime minister said Pakistan would have been the most affected country if there was chaos. Prime Minister Khan, to another question, said that during 2017, he met the US leadership and explained to them the situation in Afghanistan, but they were clueless. The US society had no idea of situation in Afghanistan. What happened now totally took them by surprise. “You see in the US Senate, they have no idea,” he added. In the past, former chief of army staff General Kiyani had also explained the Afghan situation to the US leadership. The prime minister further elaborated that as immediate neighbour to Afghanistan with strong traditional and ethnic affinities; they knew the history of that country.

He said Pakistan shared borders with Afghanistan where half of the population was Pashtuns, who resided on both sides of the border. There was no military solution to the Afghan issue as Afghan people did not accept foreigners and under their traditions, they sought revenge if someone was killed at their homes, he added. To explain his viewpoint, the prime minister said the people inhibiting Pakistani tribal areas started attacking Pakistan, led by groups like Tahreek-i-Taliban (TTP), when the government had decided to side with the US.

While on the Afghan soil, there was a collateral damage and drone attacks which led to swelling of militant ranks. So, Taliban’s movement grew.

The prime minister also denounced former US president George Bush’s threat after the 9/11 attacks asking Pakistan to side with the US. He termed it an ‘imperialistic attitude’ and ‘ridiculous policy’. If you did not agree with the US policy or its military operations, he said, you were branded as pro-Taliban.

Prime Minister Imran Khan said ‘I do not believe in military solutions”. He said that he was even against Iraq war as use of military force was no solutions to conflicts. The prime minister said in 9/11 attacks, no Pakistani was involved, but the country had to suffer colossal damage in the US led war.

He said the well trained 3,00,000 Afghan army fully equipped with weapons could not resist Taliban force, and former president along with his government functionaries fled the country.

The prime minister expressed his optimism that when this angle and rationality appeared, the US would realize how could Pakistan be held responsible for its policies over Afghanistan. He also strongly rejected the allegations that Pakistan had been assisting Taliban in capturing Afghanistan. The Taliban were seen in Kabul while riding on motorcycles without shoes, he added.