Pakistan’s ‘King of Comedy’ passes away in Germany 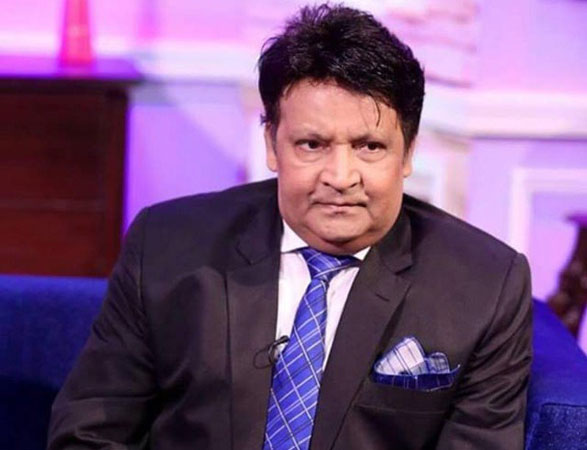 Legendary comedian Umer Sharif has passed away in Germany at the age of 66. His death on Saturday was confirmed by his family and officials.

Sharif, who was battling cardiac ailments, was flown out of Pakistan on an air ambulance on September 28 for surgery in the United States scheduled for next week. However, he was admitted to a hospital in Germany during a stopover as his condition deteriorated.

“With deep sorrow it is announced that Mr. Umer Sharif has passed away,” Mohammad Faisal, Pakistan’s ambassador to Germany, wrote on Twitter. “Our deepest condolences to hie [his] family and friends. Our CG [consul general] is present at the hospital to assist the family in every way.”

Born in 1955 in the southern port city of Karachi, Sharif started off as a comedian in stage dramas in 1974. An illustrious career spanning nearly five decades saw him being widely hailed as Pakistan’s “king of comedy”. He was also involved in television and films, producing several major hits.

The stage, however, remained his forte as he – along with the late comedy icon Moin Akhtar, who passed away in 2011 – pioneered stage dramas in Pakistan. Sharif performed in dozens of countries around the world during his career. His talent transcended the boundaries of politics, as proven by the love and adoration he received in neighbouring rival India, where many entertainers over the years regard Sharif as a teacher and mentor.

He shot to prominence with his remarkable performance in stage plays like Bakra Qistoon Pe and Buddha Ghar Pe Ha. He received national awards for the best director and the best actor in 1992 for Mr. 420. He was also awarded with ten Nigar Awards. Umer Sharif was also a recipient of the Tamgha-e-Imtiaz for his contributions in the film, TV and stage dramas. The news of his death prompted an outpouring of grief and a wealth of tributes.

Prime Minister Imran Khan and opposition leaders Shehbaz Sharif and Bilawal Bhutto Zardari were among a number of politicians and dignitaries who joined the entertainment and media industry in grieving the entertainer’s death.

The president and the prime minister, in their separate condolence messages, prayed for the departed soul and grant of courage to the bereaved family to bear the loss. The prime minister observed that Umer Sharif was a talented personality who enjoyed a distinct place in acting and comedy. His services in the field of arts would be remembered for long. In a tweet, the PM said, “Saddened to learn of Umar Sharif’s passing. I had the good fortune of touring with him to raise funds for SKMT. He was one of our great entertainers and will be missed.”