The man who made the world laugh 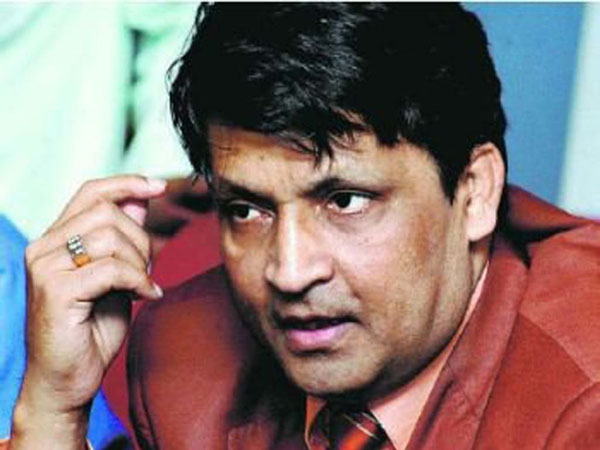 Legends are not made. They pursue life as ordinary citizens. They create a vision for a better future and persistently move towards it. With self-accountability, grit and truthfulness, they continue on their journey to rise above the ordinary to become extraordinary – a legend is thus born. Umer Sharif was a legend in his own right. He created a league to eventually becomes its undisputed king. He rose to fame by performing on Pakistan Television during the black-and-white era to fill colour in the lives of the viewers. He performed on stage dramas during the late 1980s and throughout the 1990s to accentuate his status as a national icon. Interestingly, he acquired popularity during the times when VCRs were the only major means of entertainment. He became a celebrity and a prominent face when social media would have been seen as an absurdity. Umer Sharif passed away on October 2, 2021, in Germany.

He was born on April 19, 1955, in Karachi as Mohammad Umer. At the age of 14, in 1969, he began performing on stage. It was his dialogue delivery, ability to engage viewers with his comicalness, and his stage presence that made him stand out among the rest. Bakra Qistoon Pe was the first breakthrough he earned as a stage performer. It was spread over five parts and proved to be his most memorable endeavor as well. Among his other popular stage shows were Dulhan Main Lekar Jaonga, Nayee Aami Purana Abba, Lahore se London, Loot Sale, Meri Jaan Thanedaar, Mamu Mazak Mat Karo, Police Ho To Aisi, Flight 420. Umer Sharif’s first appearance in a movie was in Hisab (1986). He later appeared in Kundan, Mr. 420, Khandan and Laat Sahb. In 2009, he became the host of a talk show, The Shareef Show.

Umer Sharif’s comic timing and narrative when performing on stage plays were second to none. His voice had an openness that connected with viewers. He had the acumen to understand his audience and improvise accordingly if there was a need. He knew how to deliver a word, phrase, dialogue with the proper pronunciation, expression, and vocal intonations that added value to the scene and in the moment. Perhaps it was his experience, his observation, or a combination of both that made him an actor par excellence.

Umer Sharif’s comic timing and narrative when performing on stage plays were second to none. His voice had an openness that connected with viewers. He had the acumen to understand his audience and improvise accordingly if there was a need

Umer Sharif played a plethora of roles on stage. He appeared as a witty servant, a police officer, a husband, a Seth Sahib, a doctor, a salesman, a lawyer among others. He displayed a different aura and a character when performing each one of his roles. His stage shows disseminated several moral messages about life and society such as to be honest, simple, hardworking, educated and aware, patriotic, peaceful, etc. The messages he shared through his stage plays during the 1990s stand true today. He acquired this prestige because of how effortlessly he spoke on the stage, how confident he was, and how brilliantly he remained in his character throughout a stage play.

Umer Sharif was not just a performer. He was a teacher, a mentor, a brother, and a friend of the entire nation. His entrance into a stage play paused the actor’s actions as the audience greeted him with applause backed by the unique music these plays are still famous for.

In 1992, he was the recipient of the National award for Best Director and Best Actor for Mr. 420. He went on to earn ten Nigar Awards. He is the only actor to receive four of these awards in one year. A recipient of the Tamgha-e-Imtiaz, Umer Sharif maintained his brand image and persona on stage and behind the camera throughout his career. Popularity and fame bring with it the responsibility to follow rules and moral values. Umer Sharif never became a part of any gossip. He focused on his work and kept on enhancing his skills. In September 2021, his picture surfaced on social media where he was seen sitting in a wheelchair. The wrinkles on his face were evidence of the long life he spent while spreading laughter. The spark of joy that was always seen in his eyes was slowly fading. His amusing jokes and witty statements about life and society brought tears of happiness. The news of his passing away brought tears and a feeling that the King of Comedy has finally left for his eternal abode. His legacy shall live on.

The writer is an independent researcher author and columnist. He can be reached at omariftikhar@hotmail.com and Tweets at @omariftikhar