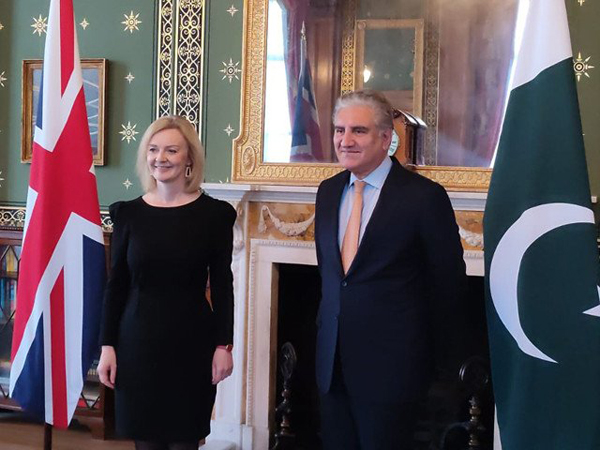 Foreign Minister Shah Mehmood Qureshi, who is on three-day official visit to the United Kingdom, on Tuesday raised the issue of England and Wales Cricket Board (ECB’s) decision of cancellation of its men’s and women’s cricket teams to Pakistan with his UK counterpart.

Three days after New Zealand abandoned their tour of Pakistan, citing a “security threat” minutes before the first ODI match was scheduled to start, the ECB also announced to cancelled its tour.

The England cricket team was scheduled to play two T20s at the Pindi Cricket Stadium in Rawalpindi on 13 and 14 October. Pakistan and the United Kingdom also agreed to form a Joint Working Group to formulate a strategy for strengthening bilateral ties in multiple spheres including trade and investment.

Following the meeting, the foreign minister told media that the Secretary of State accepted his proposal for joint working group so that the two countries could mutually assist each other in strengthening bilateral ties.

He said by next years, the two countries would complete 75 years of diplomatic ties so both the sides stressed the need to further strengthen the ties including trade.

Qureshi also invited his British counterpart to visit Pakistan which she accepted to attend the Fifth Round of Pakistan-UK Strategic Dialogue.

He said both the sides discussed bilateral ties, Afghanistan as well as the situation in Indian Illegally Occupied Jammu and Kashmir (IIOJK) besides the bilateral cooperation. The foreign minister thanked UK for continuing GSP Plus facility for Pakistan which resulted into improvement of bilateral trade by 32% last year despite COVID pandemic.

Qureshi also suggested to exploit the potential of 1.6 million Pakistani diaspora in UK to enhance trade and investment. The UK Foreign Secretary told the foreign minister that UK special envoy on trade would visit Pakistan to discuss the ways forward with Pakistan’s trade ministry.

He said last year, Pakistan had received record remittances of $4 billion from UK for what he thanked the British Pakistani community as well as the UK government for its positive role.