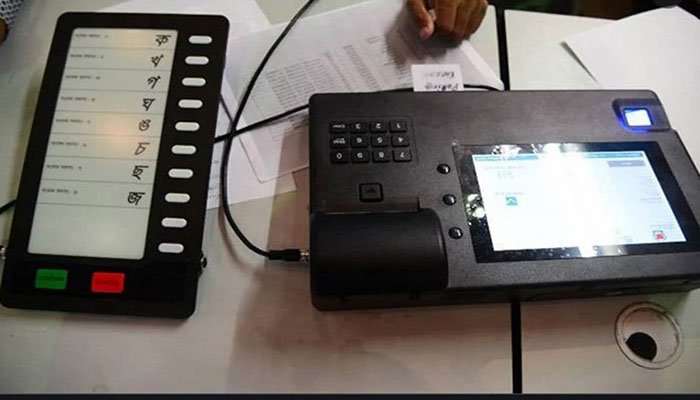 ISLAMABAD: The federal government has offered the Election Commission of Pakistan (ECP) to introduce another electronic voting machine (EVM), after the institution showed doubtfulness about the use of the EVMs in the elections.

Shibli Faraz, the Federal Minister for Science and Technology said that more electronic voting machines (EVMs) will be presented before the Election Commission of Pakistan (ECP). He said that it is the modern time and we have to adopt modern techniques too.

Shibli Faraz said that the Election Commission of Pakistan was fully authorised for selecting the suitable EVM as the institution was given different options by the federal government. He further said that ECP is an independent institution and no one has reduced its powers.

On the other hand, federal minister criticised the opposition political party Pakistan Muslim League Nawaz (PML-N) which used to deliver contrary statements all the time. He added that the opposition parties were spreading false news about the EVMs that the machines will be used to rig elections.

Furthermore, the federal minister was of the view that all previous elections were surrounded by disputes and the present government wanted to bring a permanent solution. He also offered the opposition parties table suggestions to resolve the issues raised by them.