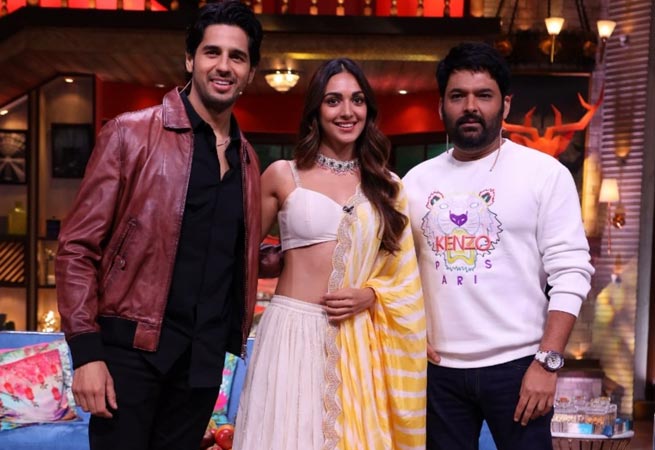 Sidharth Malhotra, who is basking in the glory of his last release ‘Shershaah’ has now reacted to the kissing scene in the movie.

Sidharth and Kiara Advani were guests on The Kapil Sharma Show and the duo talked about their experience of working together in the film.

Kapil shared a new ‘uncensored’ version of the episode on his YouTube channel where he talks about the personal equation of both the actors. Sid and Kiara are rumoured to be dating each other, but neither has confirmed their relationship status as yet.

Kapil quizzed Sidharth whether the kissing scene showed in the movie was in the script or was his creative input?

Reacting to it, Sidharth said, “90 percent of Shershaah’s story is actually what had happened in Captain Vikram Batra’s life.” Although, Kapil was bang on and said we are asking about the rest of the 10 percent which left everyone in splits and Sidharth said, “Nahi, nahi, woh bhi sab humne kirdaar ke liye… Karna pada, bohot mushkil se, forced… Zabardasti karna pada..”

The film also stars Kiara Advani in the role of Vikram’s fiancé Dimple Cheema. On the work front, Sidharth will next be seen in Shantanu Bagchi’s Mission Majna along with South superstar Rashmika Mandanna.