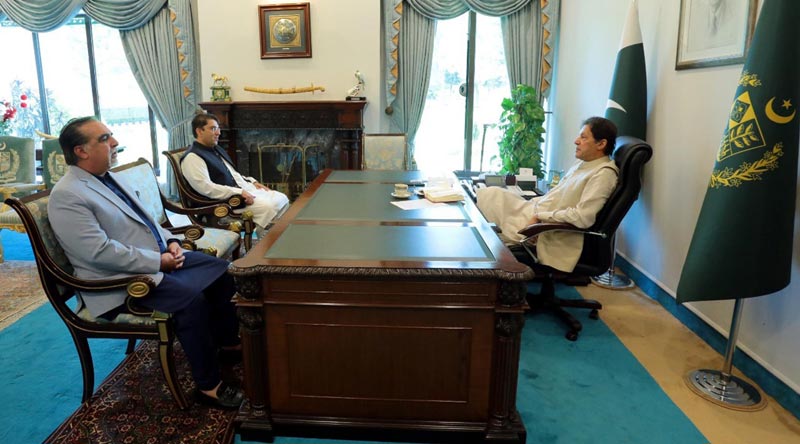 Speaking to the media after the meeting, Khurrum Sher Zaman said that the prime minister has summoned them to their office where they have conveyed issues faced by the people of the province.

“PM Imran Khan’s message to us and people of Sindh is clear, ‘Ghabrana Nahin Hai’ [Do not worry],” he said and added that the PTI would form the next government in the province in the 2023 general election and would utilize resources to address issues faced by the province.

He said that they would continue to raise voice for Sindh issues as PPP has ruined the province during its tenure. “Work on K-IV water supply project and Greenline BRT project is ongoing,” he said while sharing that the province faces water, law and order and education-related issues.

He said that even people from the constituencies of Bilawal Bhutto and CM Sindh Murad Ali Shah are suffering owing to the incompetent and corrupt PPP-led provincial government.

Prime Minister Imran Khan has appointed Arbab Ghulam Rahim as his Special Assistant (SAPM) on Sindh affairs on July 28, days after he joined PTI to bolster the party’s presence in rural parts of the province.

The appointment of Arbab Ghulam Rahim was notified by the cabinet division, saying that his appointment would be on an honorary basis.