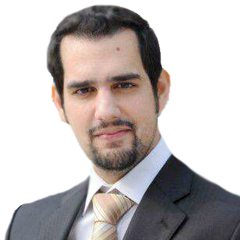 The Long Road to Freedom

August 26, 2011, an ordinary day. I was driving to work on the same road in Lahore that I took every day and my mind was busy with the mundane. A car blocked the road, but I didn’t give it much thought. Five masked men pulled me out with a gun to my head, and my world spun horribly out of control.

Mine was no ordinary kidnapping. My kidnappers had gained tactical leverage by abducting the son of an assassinated governor. Just seven months earlier, my father, Salmaan Taseer, had been shot dead by his guard for criticising Pakistan’s blasphemy laws, after a Christian woman, Aasia Bibi, was sentenced to death for allegedly committing blasphemy. With my kidnapping, there was more at stake than just money. My captors wanted the release of their “Muslim brothers” being held in jails across Pakistan. I knew that was going to be difficult, and that because of their ludicrous demands, my release would take time. In such dark moments it is easy to sink into despair. But I clung to my faith and the Quran, the memory of my courageous father, and the love of my family.

The torture started in my fourth month of captivity. The people who kidnapped me were from the Islamic Movement of Uzbekistan — the men most feared among Pakistan’s many militant groups. The Uzbeks are young, ruthless, illogical and raised to kill. They found perverse pleasure in torturing me. I found solace in prayer. I prayed for the fortitude to bear as much pain as my torturers could inflict until they broke from inflicting it. I often thought of my father who had suffered political persecution in the 1980s under the dictatorship of General Zia-ul-Haq. He would say physical pain could only touch the surface; you must never let it break your spirit.

It is difficult to say which was worse, the psychical torture or the excruciating tricks they played on my mind. My abductors showed me printouts of Twitter posts to convince me that I had been forgotten. They shared agonising details of how easy it was to target my mother, and how vulnerable my family really was. They showed me a picture of my wife on pilgrimage in Mecca and claimed she was a hypocrite feigning piety. They showed me my sister’s tweet on Nelson Mandela’s death, and said it represented fealty to an infidel. My brother’s photograph at a social event was proof of my family’s errant ways. But this “evidence” gave me strength. I knew that my family was well, and that they, along with many others around the world, were thinking of me and praying for my safety and release.

Solitary confinement, loneliness, doubt and anxiety can do strange things to your mind. You start questioning your own sanity. The faces that you have loved so much recede into darkness; voices that you heard so often begin to fade into obscurity. But memory has its own magic. I could not go home, but I could bring my home to me. In my mind I visited familiar places. I conjured up my boisterous friends back home, one by one, and imagined myself to be a stand-up comedian and developed comedy routines for each friend. Those practised routines are now coming in handy.

In all these years there were some 30-odd months when I had brief, unmonitored, almost surreal contact with the outside world. One of my guards, like myself, was a Manchester United fan, and every other week he would steal a radio into my cell and we would listen to soccer games together. For him, this was an illicit pleasure. He believed that playing or even listening to soccer was a sin. For me, it was a window into the outside world. Getting football news kept me sane. “You must surely be the only United fan in this position,” I would tell myself. “They are playing and winning for you.”

Looking back, I can see that I was always free. No one can imprison you except yourself. My abductors could make my life intolerable, but as long as I held onto my sanity, I was liberated. I was in God’s hands, not theirs, and I knew that He would protect me and take me home. And He did. Look at the miracles He worked. I survived drone strikes and war. I lived through multiple illnesses without treatment. I was shot. I was mentally and physically tortured. I lived in abysmal living conditions, and survived the rout of the Uzbeks by the Afghan Taliban in November 2015.

I could spend a lifetime being bitter and questioning why this happened to me. Surely some of the bad that befalls us is not our fault, but is merely the function of someone else’s greed, malice or cruelty. But there is a higher purpose, a cosmic design. I know that how you react to what happens to you, with what grace you handle misfortune, and the strength and bravery with which you tackle hardship, are the things that matter. I am sure that this is what God sees and judges. We must always celebrate the freedom of the human spirit.

There was something divine in what happened on February 29, 2016. At the crack of dawn that day, at perhaps the exact moment that a Taliban elder was opening my prison door to set me free, hundreds of miles away, a cell door in Rawalpindi was opening and the executioner was readying the gallows to hang my father’s assassin.

Then, March 8, 2016, an extraordinary day. It had taken me eight days and several stories to hitchhike my way from Rozgan, Afghanistan, to Pakistan’s Balochistan province through rain, hail and sun. The motorbike I was riding hit a highway and I knew this one led to freedom. As I turned onto the road taking me home, I thought of the moment I had spoken to my mother and wife after my first six months in captivity. I had been told that I was going to be shot after the phone call, and that I should say farewell to my family. I told them with finality in my voice, the same words my father once wrote to my mother from jail: that I was not made from a wood that burns easily. Having said this to them gave me peace, and this peace was my strength for four and a half years. It had taken a long time, but here I was, coming back to change that ‘goodbye’ into a ‘hello.’

The writer is a businessman, and the son of former governor Salmaan Taseer. He tweets at @ShahbazTaseer

This article has also appeared in today’s issue of The New York Times.