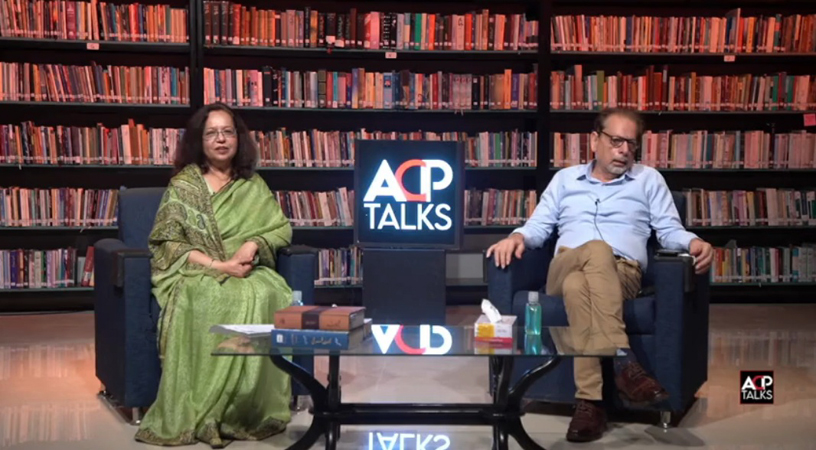 An online global dialogue on Mushtaq Ahmed Yusufi and Asif Farrukhi titled ‘Nasri Asloob’ was held at the Arts Council in Joshmalihabadi Library on Friday.

The session was presided over by prominent poet Iftikhar Arif.

Arts Council President Mohammad Ahmed Shah, Aamer Hussain from England, Shahida Hassan from Canada and Nasir Abbas from Lahore were the speakers, while the session was conducted by Dr Fatima Hassan.

Speaking at the event, Iftikhar Arif said Mushtaq Ahmed Yousifi was a prose writer, his books reflect the breadth and grandeur of his creative journey, as he did in his book ‘Chiragh Taley’ the world is reading this man and is amazed because nobody combined wisdom with humour before that. He said, “Yousifi Sahib used to say that your reading should not be reflected in writing.” Arif said there was no limit to Yousifi Sahib’s interpretation as he would read and write a sentence ten times before settling for it.

About Asif Farrukhi, Iftikhar Arif said, “We had an old relationship with him, and even today we miss him and we need him; the prose & literature he left behind is extraordinary. I am grateful to Ahmed Shah for organising this event on the occasion of Yusufi and Farukhi’s birth anniversary.”

Expressing his views online, Javed Siddiqui from India said, “I met Asif Farrukhi in Jashn-e-Rekhta. He was an adoring and social person.”

Discussing Yousifi, Khalid Javed said, “I never met Mushtaq Ahmed Yousifi in person, but after reading his ‘Chiragh Talay’ I was amazed as his writing style was phenomenal and there was a thought and insight in his humor.”

Reminiscing Farrukhi Aamer Hussain from the UK said, “I spoke to Farrukhi two weeks before his death, we were talking about someone’s death to which he replied that I will die long before and he actually died after two weeks. I was numb after his death as it was not less than a shock. It was always fun to have literary discussions with Asif.”

Expressing his views, Nasir Abbas said that not every writer has a unique style but he is known for composing sentences with different words, each writing genre has its own style and they all are different from each other. Humour is different from criticism, poetry and fiction are not the same, Nasir said, adding that Arts Council President Muhammad Ahmad Shah has always maintained a lively connection of literature with society.

“Mushtaq Ahmad Yousifi is a remarkable personality of Urdu literature, he made humor alive and there is no precedent to him” Nasir added. Shahida Hassan from Canada also shared her thoughts by reading a dissertation.

Concluding the talk, Mohammad Ahmed Shah paid his respects to all the speakers and the moderator.