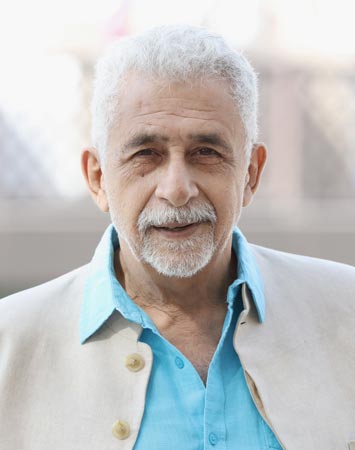 Bollywood actor Naseeruddin Shah has called out the Indian film industry for giving in to the Indian government to make “pro-establishment” films, reported The Hindustan Times.

Talking to NDTV on Monday, Sept. 14, about his earlier comments about some Indian Muslims and their celebratory reaction to the Taliban takeover of Afghanistan, Shah turned his attention to the influence of the ‘establishment’ on the Indian film industry.

“They are being encouraged by the government to make pro-government films, to make films lauding the efforts of our beloved leader. They also being financed, also promised a clean chit if they make movies which are propaganda, to put it bluntly,” said Shah.

He went on to compare the scenario to Nazi Germany, saying, “You will find the biggest guys giving in to this. In Nazi Germany also this was attempted. Filmmakers who were outstanding, world-class, were rounded up and asked to make films propagating the Nazi philosophy.”

Naseeruddin Shah also categorically stated that the big-budget films being put out today can hardly conceal their “jingoistic agenda”.

According to the 71-year-old actor, while Bollywood does not discriminate against Muslims and there is no “outright bigotry” in the industry, bullying and harassment is common which is why many stars choose to stay silent – including the ‘Khans’ who rule Bollywood.

“They are worried because of the harassment they face. They have so much to lose. It’s a question of their entire establishments getting harassed,” said Shah.

He also explained that Muslims do not currently face any discrimination in Bollywood because of their contribution to the industry which is “far too important”. He also credited the Khans – Shah Rukh Khan, Salman Khan, and Aamir Khan – who have consistently held the top spot in the Indian film industry. “The amount of revenue you can generate makes for the amount of respect that you receive in this industry. The three Khans are still at the very top, they are unchallenged and still delivering. I have never felt any discrimination,” Naseeruddin Shah stated.