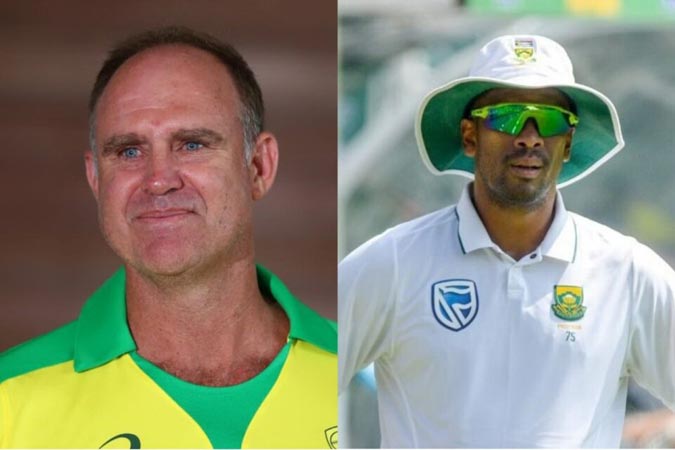 LAHORE: Pakistan Cricket Board’s (PCB) newly appointed Chairman Ramiz Raja on Monday vowed to ‘rest’ Pakistan cricket. “I always thought that if I got the chance to serve at this position then I would reset the vision a bit. I think Pakistan cricket’s compass and direction need to be reset. There are some long term and some short term goals,” he said during his inaugural media press conference. Ramiz announced that former Australian opener Matthew Hayden and former South African pacer Vernon Philander had been appointed as coaching consultants of the national team for next month’s Twenty20 World Cup. “I think Hayden will bring an Australian touch of aggression in the Pakistan team and I personally know Philander who can also bring a positive change,” said Ramiz. Hayden, 49, played 103 Tests, 161 ODIs and nine T20 internationals for Australia but has never coached at the highest level. He was partly involved as batting consultant for the Australian team on a few occasions, notably on India’s tour in 2019. Philander, 36, migrated to Britain in 2020 after playing 64 Tests, 30 ODIs and seven Twenty20 internationals for South Africa and is known as a master of swing bowling.

Pakistan head coach Misbahul Haq and bowling coach Waqar Younis both stepped down last week citing personal reasons and mental stress as a result of the Covid bio-secure environment surrounding fixtures and tours. Pakistan will start a three-match one-day international series against New Zealand in Rawalpindi from Friday, followed by five Twenty20 internationals in Lahore. For the New Zealand series, Pakistan will have former spinner Saqlain Mushtaq as interim coach and former all-rounder Abdul Razzaq as his assistant. Pakistan will open their Twenty20 World Cup campaign against arch-rivals India in Dubai on October 24. “The national side have the potential to win the World Cup and we need to back the side selected for the global event. We need to fine-tune our plans. Pakistan cricket’s DNA consists fearlessness, and we need to define a proper model and provide clarity to achieve desired results,” he maintained.

Ramiz lamented the state of domestic cricket at club and school levels, vowing to promote both during his tenure. Regarding the state of the Pakistan cricket team, he said he had held talks with its members and acknowledged that they had “an unpredictable element” that made it more attractive. However, he stressed, that unless there was “a describable model, there will be confusion and there won’t be job clarity so you will keep wandering in the dark. My wishes are that Pakistan suddenly turns on a switch and becomes the world’s most attractive team but until skills are improved and techniques are corrected, then wishes will remain wishes,” he warned.

The new Chairman also had two major announcements: an increase of Rs.100,000/- in monthly salaries of the 192 contracted first class players and planning an Under-19 Twenty20 World League next year. Domestic men’s cricketers in the 2021-22 season, which begins with the Cricket Associations T20, the Second XI competition, from September 15 at the Quetta’s Bugti Stadium, will now earn between Rs.140,000/- to Rs.250,000/- per month, which is an increase of 250 percent for the players in the D category, the lowest category. “It is our duty to care for our cricketers and continue to take measures which strengthen our system,” Ramiz said. “This will also play a role in ending any uncertainty surrounding the current cricket structure; the welfare of present and former cricketers is paramount to me.”

In a bid to further strengthen the age-group structure and ensure that young cricketers are fully equipped for the modern-day cricket, Ramiz announced plans to launch Under-19 T20 League to develop cricketers from the nascent stages. “We need to develop an environment in which we generate professional cricketers at young level,” he said. “This will help the Pakistan Super League franchises as well, who are on the lookout for youngsters. I would like the former greats to coach them. We need to give push to the age-group cricketers so they can excel in the sport from the early age.” Ramiz said high performance centres would be established in interior Sindh and Balochistan.