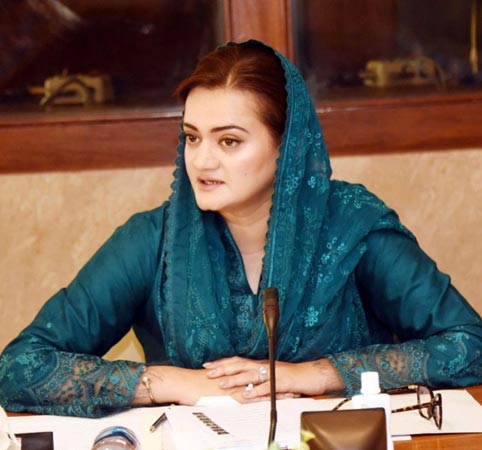 PML-N Secretary Information Marriyum Aurangzeb has slammed the PTI government for its draconian and autocratic measures to defy journalists their constitutional right to peaceful protest. In a series of tweets Marriyum said that Imran Khan had abused the state machinery to block democratic and peaceful protest by journalists from across the country against the Pakistan Media Development Authority (PMDA) black law. She said the journalist fraternity of Pakistan had stood up for the sanctity of journalistic values and their right to freedom of expression and freedom of the press granted to them by the constitution of Pakistan. Marriyum reminded the nation that the same PTI staged a 120-day sit-in against the elected prime minister at D-Chowk, attacked, battered and wounded policemen, hung dirty laundry on the august building of the Supreme Court, cursed the Parliament, attacked the Prime Minister House, gave a call for civil disobedience, and asked people to reject formal banking channels and conduct financial transactions through hundi to sabotage national economy. The former information minister said that the PMLN government at the time allowed them to practice their constitutional rights within the bindings of the law.

However, the same PTI did not have the honour or audacity to even allow journalists the right to protest peacefully and deployed scores of security personnel and put up barricades to prevent protest against the tyrannical Media Development Authority Law that seeks to gag news media and silence the truth.