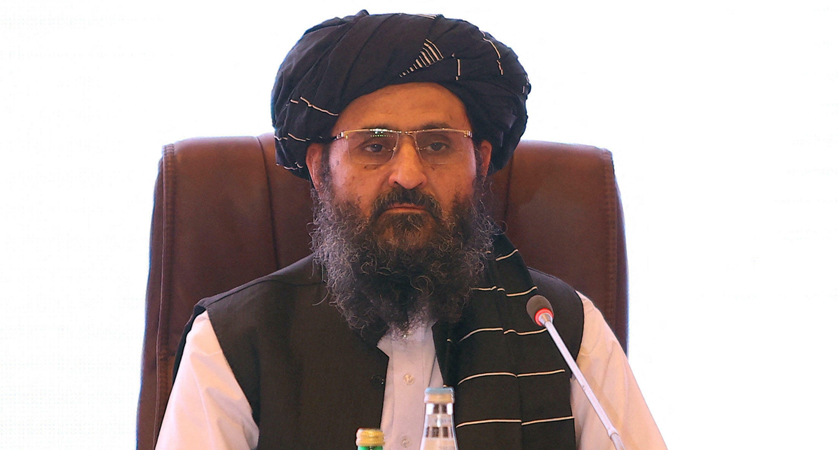 Taliban co-founder Mullah Abdul Ghani Baradar will lead a new Afghan government set to be announced soon, sources in the group said on Friday, as its fighters battled forces loyal to the vanquished republic in the Panjshir Valley north of Kabul.

But the new government’s most immediate priority may be to avert the collapse of an economy grappling with drought and the ravages of a 20-year conflict that killed around 240,000 Afghans before US forces completed a tumultuous pullout on Aug 30.

At stake is whether the Taliban can govern a country facing economic meltdown, a humanitarian disaster and threats to security and stability from rival jihadist groups, including a local offshoot of Islamic State.

Baradar, who heads the Taliban’s political office, will be joined by Mullah Mohammad Yaqoob, the son of late Taliban co-founder Mullah Omar, and Sher Mohammad Abbas Stanikzai, in senior positions in the government, three sources said. “All the top leaders have arrived in Kabul, where preparations are in final stages to announce the new government,” a Taliban official told Reuters, speaking on condition of anonymity.

Haibatullah Akhundzada, the Taliban’s supreme religious leader, will focus on religious matters and governance within the framework of Islam, another Taliban source said.

The Taliban are due to form a government within days despite fighting in Afghanistan’s Panjshir Valley Friday where forces battling the hardline Islamists say they are enduring “heavy” assaults.

The Taliban face the enormous challenge of shifting gears from insurgent group to governing power, days after the United States fully withdrew its troops and ended two decades of war.

But they are still battling to extinguish the last flame of resistance in the Panjshir Valley – which held out for a decade against the Soviet Union’s occupation and also the Taliban’s first rule from 1996-2001.

Fighters from the National Resistance Front — made up of anti-Taliban militia and former Afghan security forces — are understood to have significant weapon stockpiles in the valley, which lies around 80 kilometres (50 miles) north of Kabul.

But on Friday pro-Taliban Twitter accounts aired video clips purporting to show the new regime’s fighters had captured tanks and other heavy military equipment inside the valley.

The claims could not be independently verified.

While the West has adopted a wait-and-see approach to the group, there were some signs of engagement with the new leaders gathering pace.

China confirmed a tweet from a Taliban spokesman hours earlier, indicating that Beijing will keep its embassy in Kabul open.

“We hope the Taliban will establish an open and inclusive political structure, pursue moderate and stable domestic and foreign policy and make a clean break with all terrorist groups,” foreign ministry spokesman Wang Wenbin said.

The United Nations said it had restarted humanitarian flights to parts of the country, linking the Pakistani capital Islamabad with Mazar-i-Sharif in northern Afghanistan and Kandahar in the south.

Western Union and Moneygram, meanwhile, said they were restarting money transfers, which many Afghans rely on from relatives abroad to survive, and Qatar said it was working to reopen the airport in Kabul — a lifeline for aid.

Even before the Taliban’s lightning offensive, Afghanistan was heavily aid-dependent — with 40 percent of the country’s GDP drawn from foreign funding.

The UN has warned 18 million people are facing a humanitarian disaster, and another 18 million could quickly join them.

The new rulers have pledged to be more accommodating than during their first stint in power, which also came after years of conflict — first the Soviet invasion of 1979, and then a bloody civil war.

That regime was notorious for its brutal interpretation of sharia law, and its treatment of women, who were forced inside, deprived of access to school and work, and denied freedom of movement.

This time round, the Taliban have made repeated declarations that they will not carry out revenge attacks on opponents, women will have access to education and some employment.

They have promised a more “inclusive” government that represents Afghanistan’s complex ethnic makeup.