Karachi Cantonment Board polls: 354 candidates in run for 42 seats 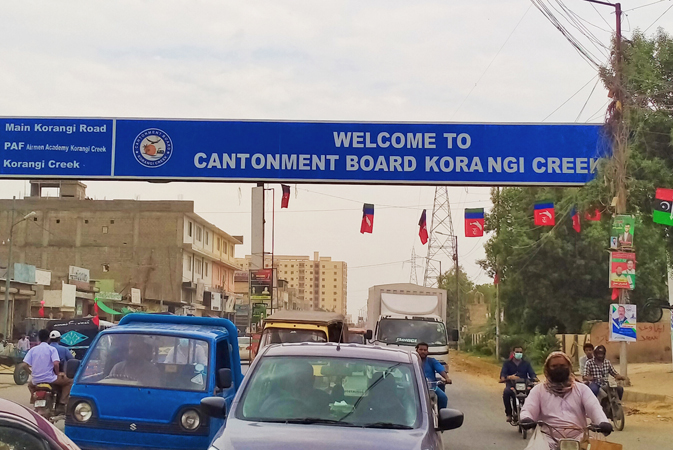 Political parties have fielded 354 candidates in election for six cantonment boards in Karachi for 42 seats of councilors wherein 466,522 registered voters will cast their votes on Sept 12.

As far as Political parties are concerned they are very much hopeful to win the pool and professing to deliver after winning and for the same they have planted their flags, banners, conducting corner meetings and doing door to door campaigns in their constituency.

MQM-Pakistan legislator Khawaja Izharul Hassan sai d that the MQM-P has the ability to sort out Karachi’s problems and has given the best in our tenure saying that having long-term plan to redevelop this city. On other hand in Karachi people are not satisfied with ticket distribution in MQM-P too.

JI Karachi chief Hafiz Naeemur Rahman said very confidently that no political parties in Karachi other than the JI not able to deliver because of corruption in their ranks and history adding that JI’s candidates in their constituencies are known for their honesty and character.

Regarding distribution of tickets The PML-N workers have also shown their grievances and protested against the provincial leadership, particularly president Shah Muhammad Shah and secretary general Miftah Ismail, for the “unjust distribution of the party tickets among blue-eyed persons of the provincial leadership”. Due to this it seems difficult to achieve such seats as they have obtained in the last CB election.

Earlier, Pakistan Tehreek-e-Insaf (PTI) Karachi President and MPA Khurram Sher Zaman submitted a request for the deployment of Rangers and army soldiers at the polling stations during the local government elections in the cantonment boards of the metropolis.

The Election Commission of Pakistan (ECP) has issued a notification that the preliminary results of the Cantonment Board elections, which will be held on September 12, 2021, will be released by the presiding officer at the polling station after the end of polling and counting of votes on the same day. Polling will continue from 8 am to 5 pm without any break. The ECP also issued orders dated July 12 and July 27, 2021 under which all Cantonment Boards were banned from announcing and approving development schemes. Despite this many candidates are getting accomplished the road carpeting work and installing the lights in the street to attract the voters.