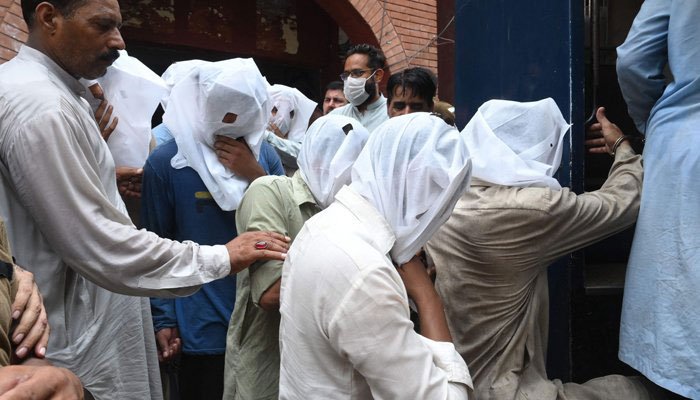 LAHORE: In the wake of tragic incident of harassment that took place at Minar-e-Pakistan on independence day, 104 suspects were arrested for allegedly harassing a woman, five of them,  have been recognised by the victim and three have confessed for being involved in that horrific incident, the Lahore police said in an update on Thursday.

According to the police, the identified suspects include Arsalan, Sajid, Iftikhar Shehryar, Mehran, Abid and others, while the victim’s statement to the police said that a total of 12 to 15 men were involved in the incident.

The incident surfaced up after a video went viral on social media, showing hundreds of men attacking and assaulting a woman as she sought to record a TikTok video with four of her friends to celebrate Independence Day. The police registered a case against 400 men for assaulting the woman. The woman will recognise the other suspects in case of further arrests, police said.

The police have video proof of 96 suspects, the law enforcers said, if the suspects will not be recognised by the victim then the court will decide about their bail. Moreover, some suspects have already approved pre-arrest bail.