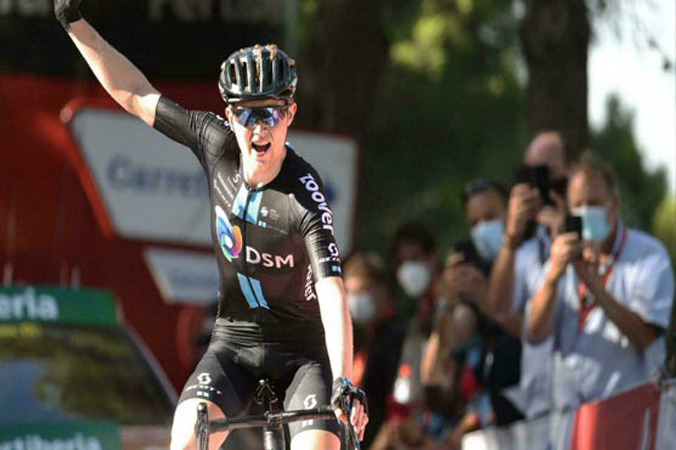 RINCÓN DE LA VICTORIA: Norway’s Odd Christian Eiking took the overall lead in the Vuelta a Espana on Tuesday after a mass breakaway made it home almost 12 minutes ahead of the main pack. The stage itself was won by DSM rider Michael Storer, his second victory on this Vuelta, on a tangled day that caused a major shake up in the rankings. Eiking was not alone in coming from nowhere to jump onto the podium, as Frenchman Guillaume Martin climbed to second place at 58sec. The new race leader recently came second in the Arctic Tour of Norway in his homeland, and has racked up top ten finishes in classics this season. Slovenian overnight leader and double defending champion Primoz Roglic slipped to third at 2min 17sec. He also suffered a scare in a fall while chasing downhill in an attempt to drop his main rivals for the overall title, but remounted and finished with seven other contenders, 11min 49sec behind Storer. Roglic remained upbeat after the stage.