Taliban tell all countries to ‘settle any issues with them’

* Vow to build an 'an open, inclusive Islamic government' 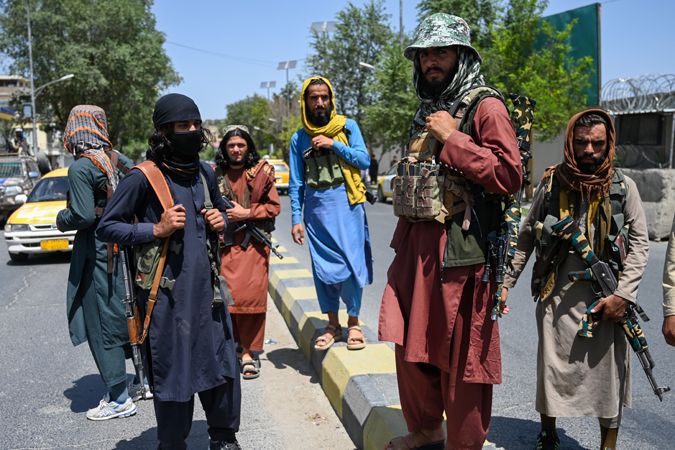 As the Taliban began the process of forming a government in Afghanistan, they on Monday asked all countries and entities to sit with them and settle any issues. Despite two decades of US military presence in Afghanistan, and a war that cost over a trillion US dollars, Taliban insurgents arrived at the gates of Kabul on Sunday and took the capital, installing themselves in the presidential palace with little resistance.

“Today is a great day for the Afghan people and the mujahideen [Taliban],” said Taliban spokesman Mohammad Naeem on Monday. “They have witnessed the fruits of their efforts and their sacrifices for 20 years. Thanks to God, the war is over in the country.”

Naeem said the Taliban would now begin the process of forming a government and would work for a peaceful transition of power, both domestically and internationally, and would aim to maintain international diplomatic ties. “We ask all countries and entities to sit with us to settle any issues,” he said.

Many Afghan leaders in cities across the country formally handed over power to the Taliban and the group is expected to formally proclaim a new Islamic Emirate of Afghanistan in the coming days.

Mullah Abdul Ghani Baradar, the Taliban’s deputy commander and chief negotiator who has been in peace negotiations with the Afghan government in Doha, Qatar since last year, said the Taliban wanted to build an “an open, inclusive Islamic government”. Baradar was among those who expressed surprise at how quickly the country had fallen under Taliban control. “Now is the time when we will be tested on how we serve and secure our people, and ensure their good life and future to the best of our ability,” he said.

The decision on who will become president will be decided after a shura, consultation, between top Taliban leadership but Baradar, the group’s most public face who oversaw the signing of the agreement for the US troop withdrawal, has been touted as a likely candidate for a key role.

Taliban fighters had been ordered to show “humility” and not harm any civilians or property as they entered Kabul and took up posts across the capital previously occupied by police and Afghan security forces.