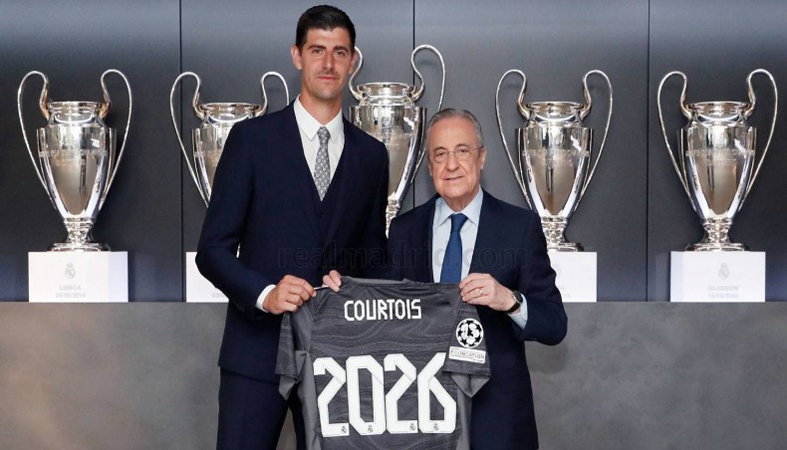 MADRID: Belgian international goalkeeper Thibaut Courtois, who had been under contract until 2024, has extended his stay at Real Madrid until June 30, 2026, the Madrid club announced on Monday. Courtois, 29, has been with Real since 2018 when he arrived from Chelsea in a 35 million euro transfer. Prior to his spell in London, he played for Atletico Madrid between 2011 and 2014. On Saturday, Courtois played his 100th game for Real in La Liga in the 4-1 win at Alaves. “This is going to be my fourth season at the club of my dreams,” the Belgian wrote on his website. “It is an honour to have the opportunity to play for all these trophies. Personally, I hope to maintain and surpass the level I reached last season.”