* Taliban seize strategic Afghan city of Ghazni, in most important gain in a lightning offensive that has seen them overrun 10 provincial capitals in a week 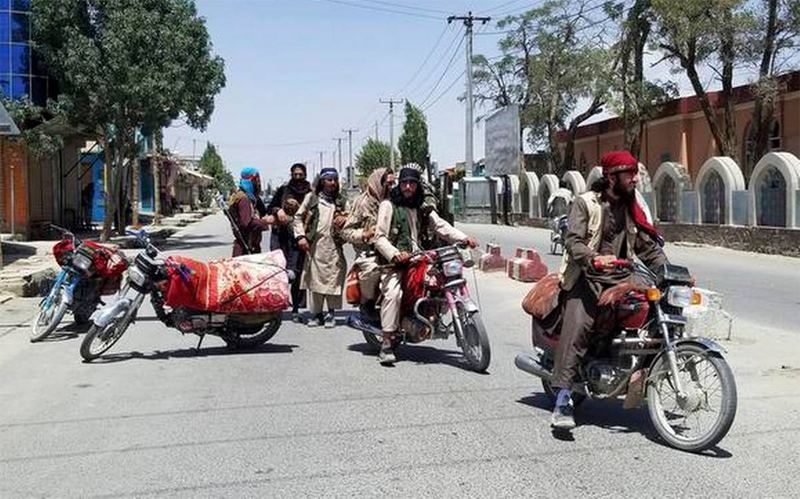 “Yes, the government has submitted a proposal to Qatar as mediator. The proposal allows the Taliban to share power in return for a halt in violence in the country,” the source said.

A government source also told Al Jazeera that the Afghan government offered the Taliban a share in power so long as the rising violence in the country comes to a halt.

US special envoy for Afghanistan Ambassador Zalmay Khalilzad is in Qatar for an international meeting on the escalating situation in Afghanistan.

US State Department spokesperson Ned Price earlier said that two key meetings were being held in Doha this week, bringing together representatives from Afghanistan, the region and beyond and from multilateral organisations. The participants will press for a reduction in violence, a ceasefire and a “commitment by the part of these regional and broader governments and multilateral and international institutions not to recognise any government that is imposed by force”, Price had said.

Khalilzad is representing Washington in the talks in Doha.

Pakistan has sent its special envoy Muhammad Sadiq and its ambassador to Kabul, Mansoor Khan. The Afghan government delegation is being led by Abdullah Abdullah, Chairman of the High Council for National Reconciliation.

Taliban capture 10th provincial capital Earlier in the day, the Taliban seized the strategic Afghan city of Ghazni, just 150 kilometres from Kabul, their most important gain in a lightning offensive that has seen them overrun 10 provincial capitals in a week.

The interior ministry confirmed the fall of the city, which lies along the major Kabul-Kandahar highway and serves as a gateway between the capital and militant strongholds in the south. “The enemy took control,” spokesman Mirwais Stanikzai said in a message to media, adding fighting and resistance were still going on.

Ghazni’s governor was arrested in the Maidan Wardak province after fleeing the city after making a deal with the Taliban, according to an Al Jazeera report.

The government has now effectively lost most of northern and western Afghanistan and is left holding a scattered archipelago of contested cities also dangerously at risk of falling to the Taliban.

The conflict has escalated dramatically since May, when US-led forces began the final stage of a troop withdrawal due to end later this month following a 20-year occupation.

The loss of Ghazni will likely pile more pressure on the country’s already overstretched air force, needed to bolster Afghanistan’s dispersed security forces who have increasingly been cut off from reinforcements by road. In less than a week the insurgents have taken 10 provincial capitals and encircled the biggest city in the north, the traditional anti-Taliban bastion of Mazar-i-Sharif.

Fighting was also raging in Kandahar and Lashkar Gar – pro-Taliban heartlands in the south – as well as Herat in the west.