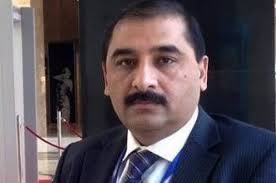 NAB has widened its horizon regarding the on-going investigation in asset beyond known source of income against Tahir Khurshid Principal Secretary  to CM Punjab, Sardar Usman Buzdar. Sources on Thursday revealed that additionally, NAB has handed over a questionnaire to the accused and has expected the answers within a time span of four weeks.

It was further revealed that NAB has inquired about the details of assets beyond known source of income. Widening the span of investigation, NAB has decided to include all those individuals directly or indirectly involved in the case. Furthermore, it was revealed that Tahir Khurshid had obtained property worth millions of rupees indirectly owned by different individuals.

Previously, the accused has been summoned twice by NAB but failed to provide satisfactory answers and proofs related to assets and wealth. He was summoned before NAB officers on 8th July and then 10 August.