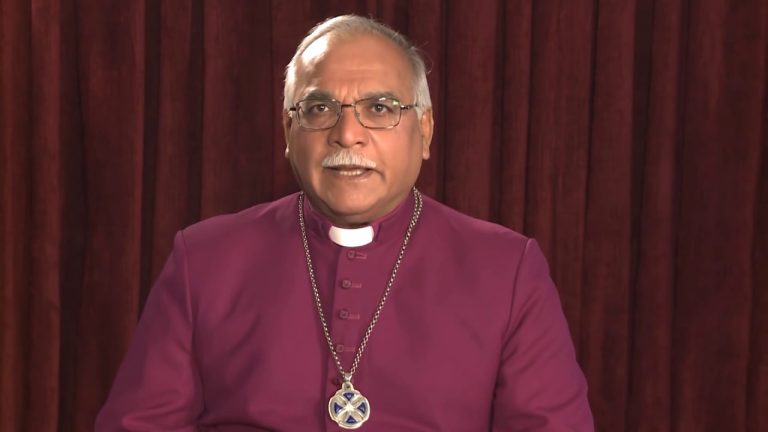 A senior church leader has called for protecting the rights of religious minorities in Pakistan and for ensuring civil liberties on equal terms.

In his message on National Minorities’ Day, Church of Pakistan (CoP) President/Moderator Bishop Dr Azad Marshall said that Pakistan’s founding father, Quaid-e-Azam Muhammad Ali Jinnah, in his speech on August 11, 1947, had pledged to protect the rights of non-Muslims in the newly-created country.

“In his landmark speech, Quaid gave the basis for a civilized state and a society based on values. He guaranteed religious freedom and civil liberties on equal terms, and called for giving up historical prejudices of race, color, caste and creed to build a cohesive society.”

“Jinnah wanted to see a tolerant, progressive, liberal, and egalitarian Pakistan, but unfortunately I think that we as a nation have seemingly failed to adopt his vision,” Bishop Marshall said.

Marshall said that history is witness to the fact that non-Muslim citizens have contributed wholeheartedly in nation-building and their services in various spheres of life have helped put the country on the path to progress.

“We continue to play our role with the same vigor and spirit because we love our homeland and are even ready to offer any sacrifice for its defense,” he added.

The church leader said that though successive governments have claimed that they have worked for the uplift and protection of non-Muslim Pakistani citizens, yet the religious minorities continue to face many challenges due to absence of proper enforcement mechanism.

“Though Pakistan’s constitution guarantees protection of religious minorities and assures them equal rights, I believe that disparities of rights in policies and laws can never ensure equality of status and treatment. We need to realize that in a multi-cultural and multi-religious society, the ethnocentric approach is not useful to the cause of national unity,” he stated.

Bishop Marshall said that inherent discriminatory practices, forced conversions of minority girls, incidents of faith-based violence and continued misuse of the blasphemy laws are some of the major issues that warrant a serious and instant response from the State if we are to truly follow the Quaid’s vision of a pluralistic Pakistan.

He also pointed to the concerns raised by various minority groups over the single national curriculum that the government has implemented in public and private schools across Pakistan.

“We have already expressed our concerns over the inclusion of religious content in secular subjects. Our education policy must incorporate the concept of human rights, social justice, peaceful coexistence and non-discrimination, and we hope that the incumbent government will pay heed to our request,” he said.

The senior bishop said that issues such as the forced conversion of underage minority girls and misuse of the blasphemy law were not only serious human rights violations, but were also bringing a bad name to Pakistan.

“It is important that we comprehensively implement in letter and spirit, the judgement of the Supreme Court of Pakistan delivered on 19th June 2014, without further delay,” he urged.

With reference to the European Union Parliament’s resolution on the challenges facing Pakistan’s religious minorities, the bishop said that the mainline church leadership was ready to work with the government in addressing those concerns by using their influence and clout in the western world.

“I would like to conclude by saying that National Minorities’ Day is an embodiment of the Quaid’s vision and we should all try our best to promote his aspiration of a multi-religious coexistence in Pakistan. Long live Pakistan!”