Pakistan finally on path to prosperity 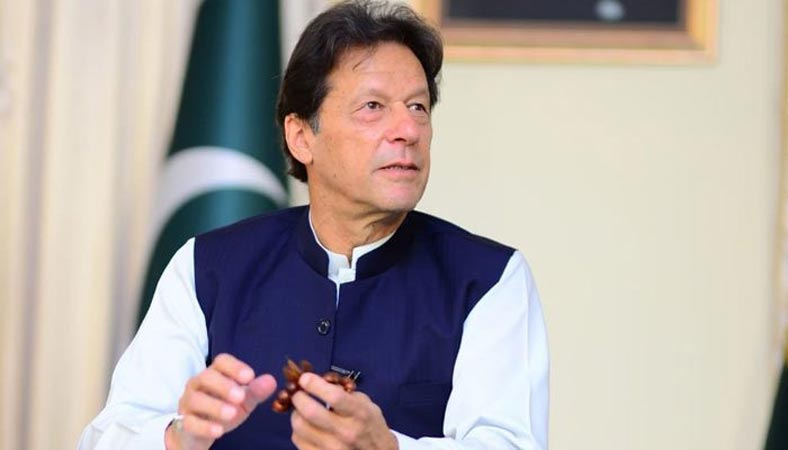 Prime Minister Imran Khan on Tuesday regretted that Pakistan could not reach its potential of the trajectory which it had maintained 50 years ago, adding that Pakistan is now finally on the path to achieve prosperity. “Since I grew up side-by-side with Pakistan, let me say on this occasion that we [country] were not able to progress and reach our potential as we were supposed to,” Imran Khan said while speaking at the inauguration ceremony of the Ship Lift and Transfer System at the Karachi Shipyard. “We became an import-led economy and Pakistan started relying on foreign aid,” he regretted. “We didn’t recognise our power. Whenever someone starts to depend on crutches, his physique deteriorates,” he said. “Nations become strong when become self-sufficient and trust their potential to flourish,” he added.

The prime minister said instead of standing on their own feet and using their genius, Pakistanis lost their way. “God has made nations in a similar way … when they learn to struggle and rise above hurdles, they prevail in the end,” he said, citing citing money laundering and corruption as major drawbacks in Pakistan’s march towards progress.

Highlighting his government’s priorities, Imran Khan said Pakistan must end reliance on imports and attract foreign investment in the country. He said it was also important for the country to end money laundering so that the dollars it earns do not leave the country. He said the government is focusing on promotion of exports, encourage overseas Pakistanis to up remittances and attract foreign investment. He said efforts were on to check money laundering to stop loss to the national exchequer. Chairing a separate meeting to review the progress of ongoing development projects under Karachi Transformation Plan (KTP), Prime Minister Imran Khan said that the early completion of federal government projects in Karachi and the early launch of newly announced works are among government’s key priorities. He also directed all officials concerned to ensure completion of all projects within the timelines, committed by them, as he was keen to inaugurate them as soon as possible for the welfare and benefit of the people of Karachi.

The prime minister directed WAPDA to ensure the availability of clean and sufficient water for Karachi as early as possible while adopting all the technically feasible and economically viable methods.

During his visit to Balochistan, Prime Minister Imran Khan stressed upon development of beach and coastline tourism in the province by properly exploring the unseen tourism potential of different areas which could lead to generation of huge revenues. Addressing a gathering of local people after tree plantation drive and inspection of mangrove trees, the prime minister said it was the job of the government to change living standards of the people through bringing in drastic changes. He observed that every area had some different characteristics, adding they must also concentrate upon those tourism spots which could attract Muslim population across the world.

The prime minister, citing reason for making the country an attractive destination for the Muslims, said due to Islamophobia across the globe, the Muslims were reluctant to go to the Western or European countries along with their families for tourism. He further said that government planned to develop the beach tourism and would seek scientific suggestions from the quality consultants in this regard.

The prime minister said the hilly or mountainous areas were developed by the British during their rule, but these areas were being degraded slowly, citing an example of Murree which had been seen quite changes due to huge construction. For the first time, the government was developing new hilly terrains and exploring other scenic spots to attract maximum tourists, he added. He said the country’s coastline remained unexplored and also emphasized upon reservation and increase of mangrove forests as they absorb carbon dioxide and release oxygen in abundance.

The prime minster said he was mesmerized with the beauty of the area. Allah Almighty had blessed the country with precious resources, he said and regretted that in the past, the people did not do justice with these natural gifts. He underlined the need of valuing these gifts with proper development and planning. He said once these areas were developed into tourism spots, they would help change lives of the local people, create jobs with better education and health facilities.