Jamie shares recording of daughter comforting her amid Britney drama 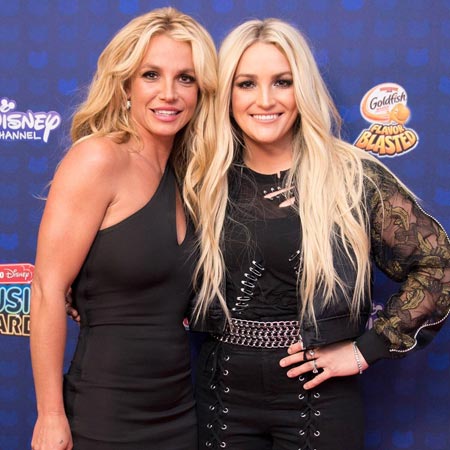 Jamie Lynn Spears is leaning on her family for support following criticism by many of Britney Spears’ fans and by the singer herself on social media.

On Saturday, Aug. 7, the 30-year-old Zoey 101 alum posted on her Instagram Story an audio recording of her 3-year-old daughter Ivey comforting her. The clip, which contains captions, was shared twice, with a “sound on” sticker added to the second story.

The former Nickelodeon star’s video comes amid negative posts made to and about Jamie Lynn on social media as Britney continues her legal battle against her conservatorship.

As Britney wages a legal battle to try to remove their father, Jamie Spears, as a co-conservator, fans continue to accused Jamie Lynn and other family members for allegedly failing to support the singer and for reportedly taking advantage of her.

Jamie Lynn has publicly voiced her support for her older sister on social media and has denied being paid by her.

As a result of the negative posts directed towards her, Jamie Lynn has turned off comments on all Instagram posts that she’s shared in recent months. In earlier ones and on Twitter, many Britney fans have launched insults and profanity at Jamie Lynn, as well as made accusations against her and calls to #FreeBritney. The country singer, a mom of two daughters, has also signaled that she and her children have received death threats.

Criticism of Britney’s family has increased since she spoke out publicly in a court hearing about her personal and legal turmoil in late June. She slammed her family for adopting what she called her “abusive” conservatorship since it was implemented 13 years ago following a psychiatric hospitalization, and pleaded for it to end entirely.

After the hearing, Britney, 39, also began voicing opinions about her family on Instagram. In mid-July, she wrote, “I don’t like that my sister showed up at an awards show and performed MY SONGS to remixes !!!!! My so-called support system hurt me deeply !!!! This conservatorship killed my dreams … so all I have is hope and hope is the only thing in this world that is very hard to kill … yet people still try !!!!”

In late June, just days after the hearing, Jamie Lynn said in an Instagram video, in response to criticism from fans, “Maybe I didn’t support the way the public may have liked me to, with a hashtag on a public platform, but I can assure you I have supported my sister long before there was a hashtag and I’ll support her long after.”

As for the sisters’ dad, his attorney has said Jamie would not be resigning as Britney’s co-conservator and also told CNN in March, “Like any parent, he doesn’t always see eye-to-eye on what Britney may want.

But Jamie believes every single decision he has made has been in her best interest.”