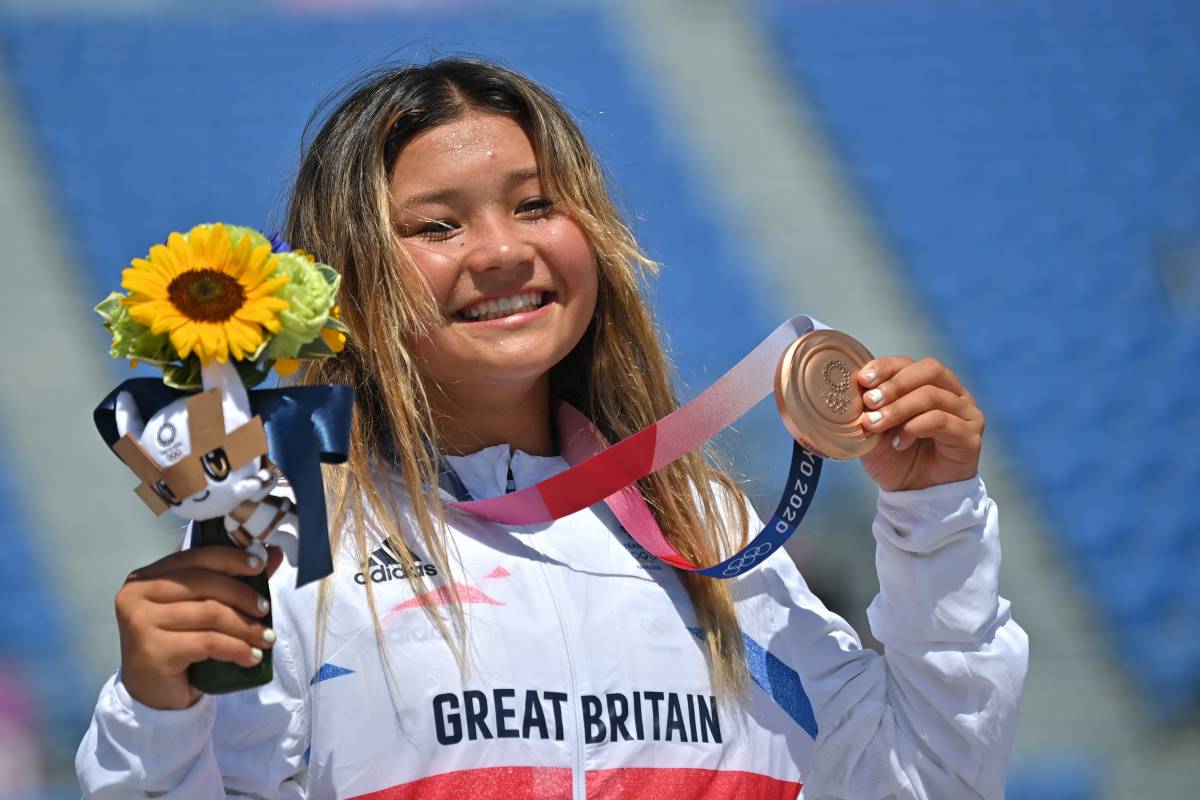 British skateboarding sensation Sky Brown, 13, qualified second for the women’s park final as she bids to become the youngest gold medallist in Olympic history on Wednesday.

Brown was flawless in the three runs of her heat to register a best score of 57.40, trailing 15-year-old Japanese Misugu Okamoto (58.51) into the final at Tokyo’s sun-baked Ariake Urban Sports Park. Japan’s Kokona Hiraki placed third in the heats among an ultra-young field where only eight of the 20 competitors were out of their teens. Both Brown, at 13 years and 28 days, and Hiraki (12 years and 343 days) can become the youngest Olympic gold medallist, breaking the record of American diver Marjorie Gestring, who won 3m springboard gold aged 13 years and 268 days at the Berlin 1936 Games. Brown, Britain’s youngest-ever Olympian, is competing just over a year after a horrific fall in training left her with skull fractures and a broken wrist and hand.

The accident would have ruled Brown, just 11 at the time, out of the 2020 Olympics if they had not been postponed for a year over the coronavirus pandemic. Brown, born to a Japanese mother and a British father, opted to compete for Britain in 2019, preferring the more relaxed approach of the British team. “I chose to compete for Britain because they told me ‘Have fun, there’s no pressure!'” Brown, then 10, said at the time. Japan have won three of the six medals so far in skateboarding, which is making its debut as an Olympic sport as organisers try to reach new audiences.