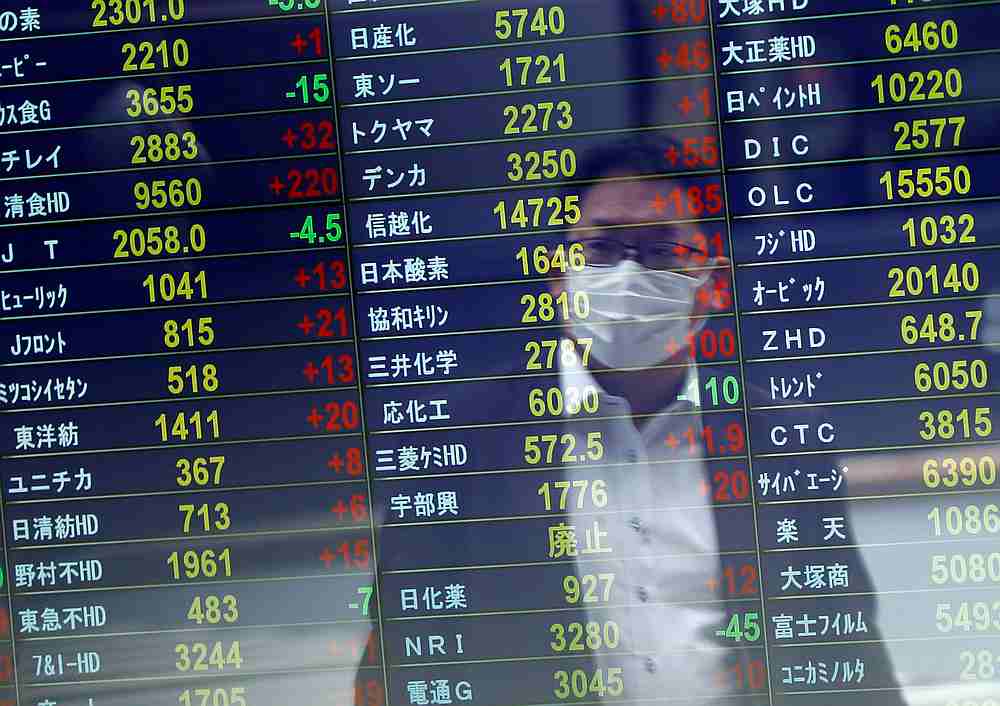 The benchmark Nikkei 225 index was up 0.81 percent or 221.02 points at 27,504.61 in early trade, while the broader Topix index advanced 0.88 percent or 16.78 points to 1,917.86. “We see Japanese shares trading up and down with no clear direction, as support from bargain-hunting purchases is offset by falls in US high-tech shares and worries over expansion in virus infectious cases at home,” Mizuho Securities said in a note. Investors are watching corporate earnings reports due later Monday and this week, analysts added. Major companies Toyota, Sony Group and Nintendo, among others, are scheduled to issue earnings reports this week.

The dollar fetched 109.62 yen in early Asian trade, against 109.66 yen in New York late Friday. Mitsubishi Heavy Industries was up 1.69 percent at 3,197 yen and Mitsubishi UFJ Financial was up 1.02 percent at 584.4 yen ahead of their first-quarter earnings reports due later in the day. On Wall Street, shares pulled back due to worries about the Delta variant of Covid-19, and profit-taking, with the Dow ending down 0.4 percent at 34,935.47 and the Nasdaq 0.7 percent lower.