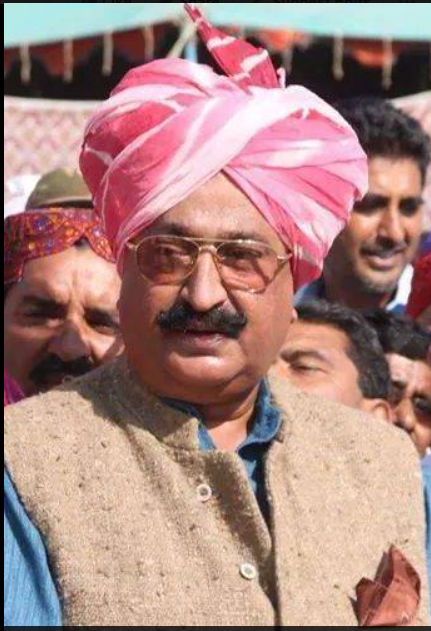 MITHI: The PPP MPA from Tharparkar, Rana Hamir Singh speaking to the media persons here on Friday said that Chief Secretary Sindh Syed Mutaz Ali Shah on the orders of Chief Minister Sindh Syed Murad Ali Shah has formed a committee for the survey and settlement of the desert land in three desert districts.
Rana Hamir Singh said that he had submitted an application to Chief Minister Sindh in May this year requesting him for the constitution on the committee to resolve one of the biggest issues of the desert region of the province.

The PPP MPA said that he stated that desert land on over 0.7 million acres in Tharparkar, Umerkot, and Sanghar districts, was lying un-surveyed despite the fact that in past attempts were made to survey the desert land in 1982 /83, in 2004, 2007, and in 2012 which could not be completed due to one or other reasons. ” Therefore, in order to prepare a policy for the survey and settlement of desert land, a steering committee comprising the members may kindly be formed” he added. He said that the Chief Minister, on his request, had written a letter to the chief secretary, who issued the formation of the committee on Monday. ” This time we will work hard and will soon submit the detailed report to the Chief Minister after proper homework on a very important issue of the desert region,” he added. He said that those lands had proved the bone of contention among the people of the desert region and attempts by the greedy people to occupy them had often resulted in the deadly flare-ups among the people of the peaceful region.

He said that lands in three districts remained un-surveyed due to displacement of the people during the wars between Pakistan and India first in 1965 and then again in 1971.
Rana Hamir said that Mr Shah constituted a committee comprising lawmakers, high-ups of the revenue department under the chairmanship of Sindh Minister for Revenue and Relief department, Mukhdoom Mehboob Zaman. He said as per the notification issued by the chief secretary on Monday, committee members would prepare a policy for the Survey and Settlement of Desert land, with following Composition and Terms of Condition, He said Mr Zaman will head the committee and officials including Mr. Ashfaque Memon, the Special Assistant to Chief Minister Sindh, Ex-Senior Member, Board of Revenue and Senior Member, Board of Revenue., the Members (Land Utilization), Board of Revenue were among those experts included in the committee.

He said that the MPAs from Tharparkar including Mr. Arbab Lutufullah, Mr. Hamir Singh, Mr. Qasim Siraj Soomro, Faqir Sher Muhammad, Bilalani and some other local revenue experts and notables were also made members of the committee

The PPP MPA said that as per the directions of Syed Mumtaz Ali Shah in the light of the orders of Chief Minister Sindh the committee members would help and steer the survey work and resolve the emerging issues. and to prepare a policy for the settlement of the Desert Land for the approval of the government

“To lay down the basic principles for the policy of settlement and help get these policy principles approved. and to help and steer preparation of the Statement of Condition for regularization and grant of desert land for different purposes: agriculture, urban development, or any other economic activity for the approval of the government and to propose solutions to issues concerning the rights of people which may emerge in the implementation process of survey and settlement” added the notification