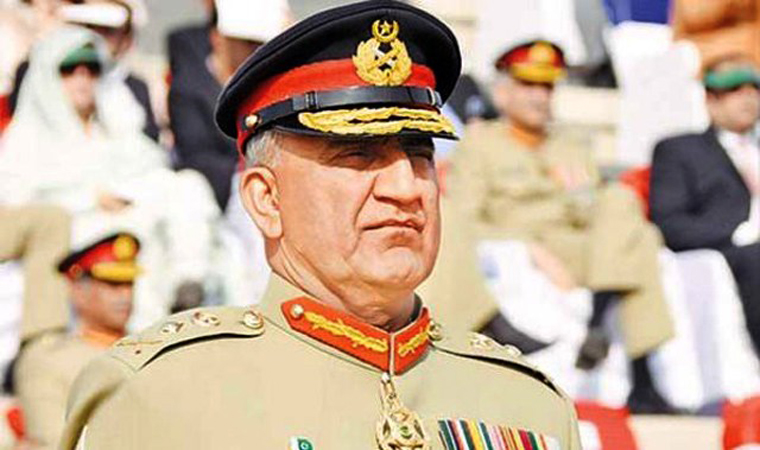 He expressed these views during his meeting with Chief of South African National Defence Forces General RudzaniMaphwanya who called on him here at the General Headquarters, said an Inter Services Public Relations news release.

During the meeting, matters of mutual interests, regional security situation and defence, training and security cooperation between both the countries were discussed.

Both the dignitaries pledged to play their role for further improvement in bilateral cooperation at all levels.

Meanwhile, Defence Minister Pervez Khattak on Tuesday said Pakistan believed in peaceful resolution of all issues and appreciated the efforts of Tajikistan in promoting peace and stability in the region.

Khattak expressed best wishes for the military and civil leadership of Tajikistan, and its people.He highlighted that being neighbors of Afghanistan, both Pakistan and Tajikistan were facing similar security challenges and threats.

During the meeting, matters related to bilateral defence cooperation were discussed.

Tajik Defence Minister assured his government’s commitment and pledged to work with Pakistan to strengthen their bilateral ties.

Defense Minister PervaizKhattakalso met his Chinese Counterpart in Dushanbe Tajikistan. In his meeting with Chinese Defence Minister in Dushanbe, Khattak said that friendship with China is the cornerstone of Pakistan’s foreign policy. The historical and time-tested ties between the two countries are moving from strength to strength. Both defence ministers shared their perspectives on regional geo-political scenario and agreed to work closely to promote a stable regional environment and counter common challenges and threats such as terrorism. Both sides agreed to work together to achieve the common goal of providing security to CPEC projects and condemned the dastardly attacks on personnel involved in Dasudam project. They expressed satisfaction over the ongoing defence collaboration between the two countries and especially noted the mutual assistance provided during the Covid 19 pandemic.