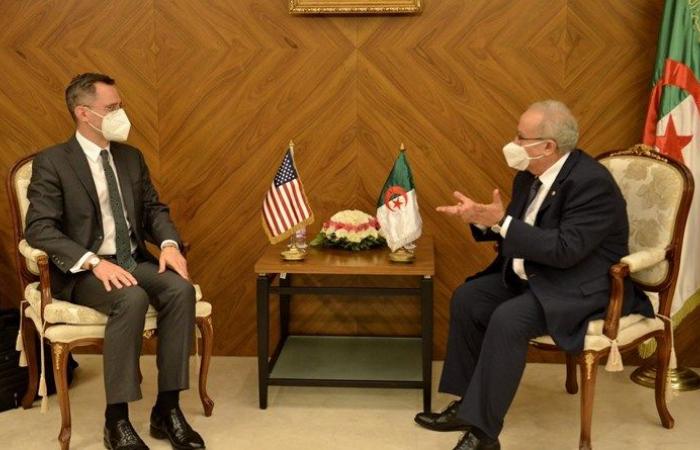 Hood, the Acting Assistant Secretary of State for Near Eastern Affairs, was received by Algeria’s new Foreign Minister Ramtane Lamamra after his arrival Sunday, according to an Algerian foreign ministry statement. The pair discussed “prospects for the promotion of peaceful political solutions to the various crises undermining the peace and security in North Africa and the Middle East”, it said. They also discussed the fight “against terrorism in the Sahel” and “the situation in Libya, Mali and Western Sahara”, it added.

Algeria shares a border with conflict-riddled Libya and is the key foreign backer of the Polisario Front, which has campaigned for independence in the disputed Western Sahara since the 1970s. Algeria has condemned the normalisation of diplomatic relations between regional rival Morocco and Israel in a deal brokered by the US, which recognised Morocco’s sovereignty over Western Sahara. Hood “had fruitful discussions” including with Prime Minister Aimene Benabderrahmane, the US embassy said.

The US official “highlighted Algeria’s steady leadership in regional security”, and also discussed opportunities for “expanding US business investment in the Algerian economy”, it added. David Schenker, then assistant secretary of state for Near Eastern affairs, visited Algeria in January, while former US secretary of defense Mark Esper held talks in the country in October.