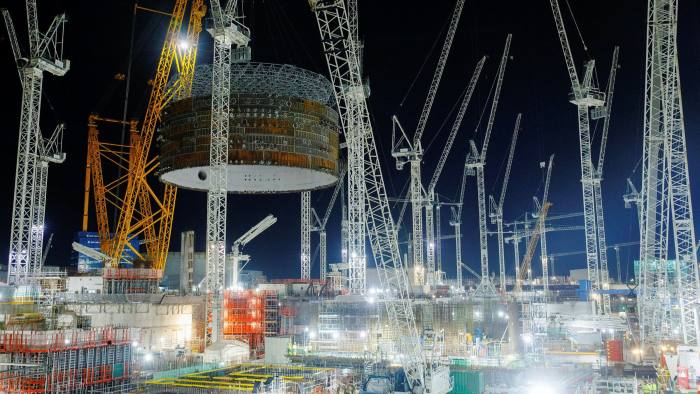 Britain is investigating ways to block China’s state-owned nuclear energy company from all future power projects in the UK, amid chilling relations between London and Beijing, according to reports Monday.

The move could see China General Nuclear (CGN) excluded from several projects, including a consortium planning to build a nuclear plant on the Suffolk coast in eastern England, according to the Financial Times. British government sources told the newspaper ministers and officials’ discussions to bar CGN could also impact another planned plant in Essex, southeast England. It comes as UK-China relations have become increasingly strained on issues ranging from espionage and cyberattacks to human rights and Hong Kong. Under pressure from some within his own ruling Conservative party to be tougher on Beijing, Prime Minister Boris Johnson earlier this year told MPs Britain must have a “clear-eyed relationship” with the rising power.

London angered Beijing by last year banning Chinese telecoms group Huawei from involvement in its 5G network after the United States raised spying fears. CGN is already working alongside France’s EDF in the construction of a nuclear power plant at Hinkley Point, in southwest England, which is due to be completed in 2025. The pair are also awaiting formal approval for a new plant at Sizewell on the Suffolk coast, with CGN the minority partner in both ventures. However, at the proposed Bradwell nuclear reactor in Essex it would hold the majority stake.

Any decision to block its future involvement would reverberate through Britain’s nuclear sector, given CGN’s planned investments total billions of pounds and support thousands of jobs. A spokesperson for the Department of Business, Energy & Industrial Strategy said nuclear power “has an important role to play in the UK’s low-carbon energy future”. “All nuclear projects in the UK are conducted under robust and independent regulation to meet the UK’s rigorous legal, regulatory and national security requirements, ensuring our interests are protected,” the spokesperson added.

Zhao Lijian, a spokesman of China’s Ministry of Foreign Affairs, told reporters the two countries are “important trade and investment partners” and urged London to “provide an open, fair and non-discriminatory business environment for Chinese companies”. “It is in the interests of both sides to conduct practical cooperation based on the principle of mutual benefit and win-win cooperation,” he added.