Dreams from my father: a Pakistani perspective 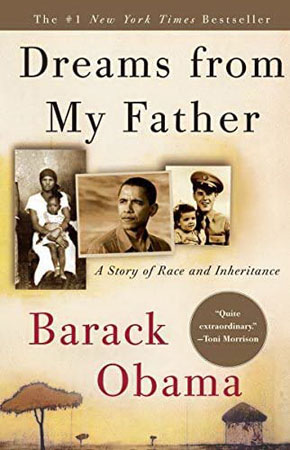 I picked up the thick book written by Obama thinking that the prose would flow and it would be an easy read. I’m sad to report: it wasn’t. The writing was rather terse and legalistic in my viewpoint and at several points it seemed that the descriptions that the author was making of a party, or a person were forced. Let’s just say for me the narrative didn’t mesh well, it wasn’t a continuous story but rather a chequered explanation of the events of Obama’s lifetime up till his admission to Harvard Law School.

This is not to say that I was yawning throughout the book. In some chapters it would be enthralling – for example Obama’s childhood is Hawaii, his relationship with his maternal grandparents, his stay with his stepfather in Indonesia and the discoveries he made there – all these aspects of his life made one feel as if you were looking right into Obama’s soul as it was transmuting from one era of life to another.

His years as a community worker in Chicago gave me the greatest insight into a man who would go the distance to bring about change. If he could rally the people in poor neighbourhoods to fight for their causes, to me it seems that this was a man aiming for the stars even at that young age – and wanting to bring about a semblance of normalcy into the lives of the marginalized. This quality is rare to find as most of us seem to settle for the 9-to-5 and supporting the family rather than go out of the way to bring about organized change in the community which is a difficult thing to do – as evidenced by the many pitfalls Obama faced when doing such work for three years.

I did not fully understand Obama’s struggle – being half white and half black, difficult as it is – he seems to have related more with the black part in him and adopted that as his identity. The chapters on Kenya are clear evidence to this. Obama is forever interested in the romantic notion of where he comes from, colonisation and discovered that one of his ancestors was a cook for the British made matters only worse for him for he would have rather than anti-British ancestors, I feel. His journey back to the homeland seems rather romantic – perhaps that is the picture the writer would like us to have of his family and time in Kenya. The tales of the ancestors are down right complicated and hence very boring! However my friend Ope is quick to point out that I’m reading the book as a foreigner with not enough knowledge of the culture and perhaps that is the reason behind this chapter being rather uninteresting to me.

The ending of the book with his marriage in the States is also a big jump with the author offering no clues as to how he met his wife – he just jumped straight to the marriage ceremony and all the characters explored erstwhile in the book re-emerge as guests. Yes we are not properly introduced to the Missus. When you’re writing a biography about your life, it’s odd to keep just that part private – I was longing to know and thus very disappointed not to find out.

Dreams from my father – explores Obama’s fathers personality and how his failure led to Obama wanting to succeed in life. Obama has a lot of personal endurance and stamina – he ran 3 miles every day during his time in NYC! – I don’t think he needed a failed father to boost his aims in life and to get where he wanted. For all that he had the strength from within, with a little help from his grandparents and mom and a loving push from the Obama family back in Kenya.