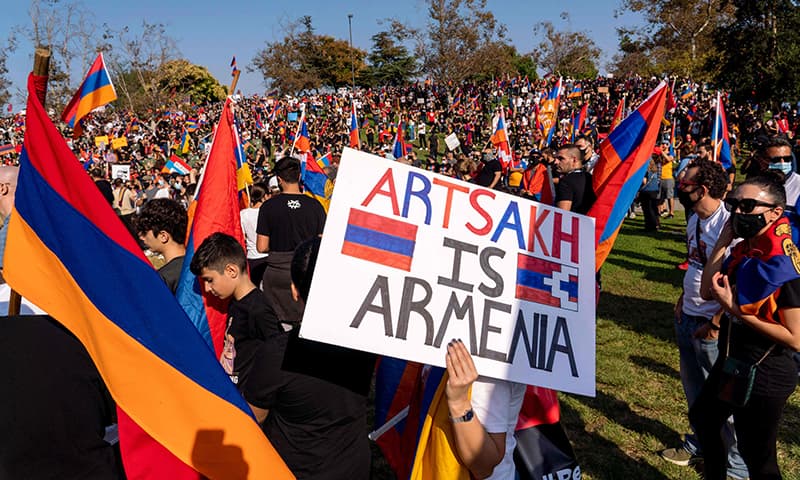 On a visit to Yerevan, Michel expressed “the European Union’s support for the Minsk Group” — which consists of French, Russian and US diplomats — as mediators to the longstanding territorial dispute.

The two Caucasus neighbours fought a war last autumn over Nagorno-Karabakh which claimed some 6,500 lives and ended with a Russian-brokered ceasefire under which Yerevan ceded territories it had controlled for decades.

Tensions have been running high again since May — when Armenia accused Azerbaijan’s military of crossing its southern border — with both countries reporting occasional shootouts along their shared border.

The European Council’s President called on the Minsk Group “to assume its responsibilities and address different topics” of the post-conflict settlement.

The Minsk Group has been largely inactive since the ceasefire as Azerbaijani President Ilham Aliyev had insisted “the Karabakh conflict has been resolved for good” and has rejected Yerevan’s calls to negotiate on the region’s political status.

Populated by ethnic Armenians, Karabakh is internationally recognised as part of Azerbaijan.

Ethnic Armenian separatists in Nagorno-Karabakh broke away from Azerbaijan as the Soviet Union collapsed, and the ensuing conflict has claimed around 30,000 lives.

Yerevan was the first leg of Michel’s regional tour of the South Caucasus. He is due to meet Aliyev in Baku on Sunday and to hold Monday talks with the leaders of Georgia, Moldova, and Ukraine in Georgia’s Black Sea city of Batumi.