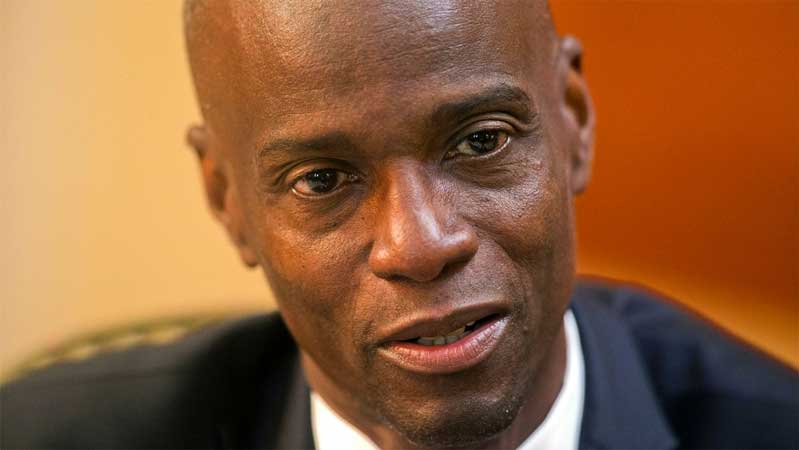 The assassination of Haitian president Jovenel Moise by a group of armed mercenaries was planned in the Dominican Republic, according to Haiti’s police chief.

According to Haitian national police director Leon Charles, the picture was taken as the trio were planning the assassination of Moise in Haiti’s neighbor, the Dominican Republic.

“They met in a hotel in Santo Domingo,” Charles told reporters. “Around the table there are the architects of the plot, a technical recruitment team and a finance group.” The investigation into the death of the Haitian president, who was killed by an well armed hit squad in his private residence on July 7, remains shrouded in mystery.

“Some individuals in the photo have already been apprehended, such as Dr. Christian Enmanuel Sanon and James Solages,” Charles added.

Police accuse Solages — one of two Haitian-Americans implicated in the killing — of coordinating with Venezuelan security firm CTU, whose chief can be seen in the photograph and who allegedly visited Haiti several times to plan the attack.