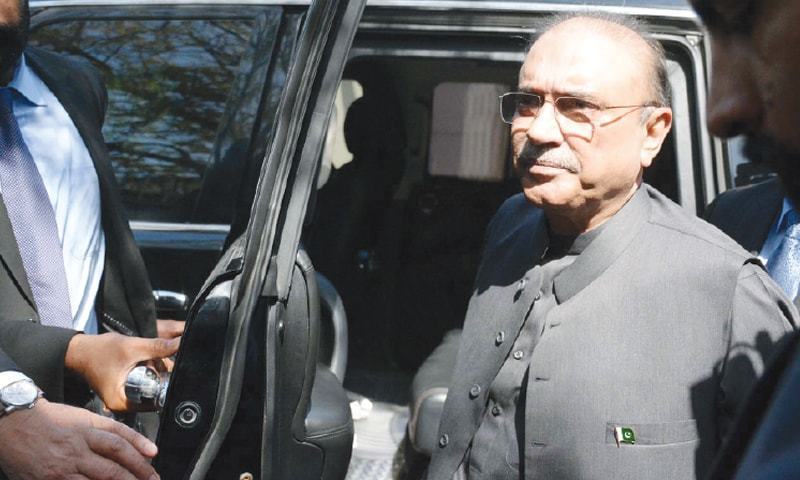 ISLAMABAD: In the New York apartment case, the National Accountability Bureau (NAB) has written to the PPP co-chairman and former president Asif Ali Zardari to provide a comprehensive response to a set of questions.

The anti-corruption watchdog sent a letter to the PPP leader, requesting comprehensive responses to a questionnaire as well as supporting documentation regarding the New York flat.

He has until July 16 to comply with the bureau’s orders, according to the letter.

Asif Ali Zardari was granted bail till July 28 by an Islamabad High Court (IHC) court in exchange for Rs500,000 in surety bonds. The National Accountability Bureau (NAB) has been given until the next session to present its response to his bail application.

After the bureau presented him with a notice and a questionnaire to provide information regarding his Belair flat, he filed a bail plea in the Islamabad High Court.

The letter stated, “This notice revolves around the property at the Belaire, 524 East 72nd Street, 37F, Manhattan, New York, United States.” According to the report, Asif Ali Zardari, the former president and PPP co-chairman, owns the flat, but “this property does not figure out in the disclosures filed by you in Pakistan.”

“Moreover, you appear to have made no legitimate remittances from Pakistan for the purchasing of the aforementioned property. As a result, you are required to give thorough responses to the accompanying questionnaire, as well as supporting information/documents, relating to the subject Apartment in New York City, United States,” according to the notification.