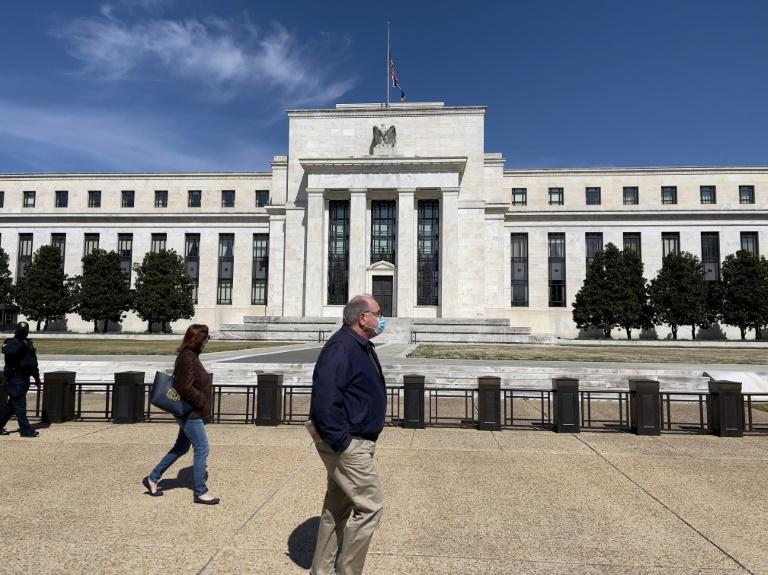 US consumer price index inflation spiked to 5.4 percent in the 12 months ended in June, hitting the highest rate since August 2008. Britain’s annual CPI rate meanwhile jumped to 2.5 percent in June, the highest since August 2018, data showed Wednesday. “Inflation is getting hotter and hotter,” said Markets.com analyst Neil Wilson. “The Fed and Bank of England will hope that the hot readings are a summer heatwave driven by parts of the economy that were essentially shut down last year.” The British pound touched a three-month euro high as dealers eyed a possible BoE rate hike.

Investors are on red alert over global inflation as pent-up demand and galloping prices could force policymakers to raise interest rates earlier than thought, hindering the post-Covid economic recovery. A key driver of the inflation that countries have experienced in recent months has been surging commodity prices — particularly oil. But world oil prices nudged lower Wednesday, having soared this year on demand recovery hopes.

The Fed has stated repeatedly that stiff increases in US consumer prices will be transitory — but investors will be keenly waiting to hear from Fed Chair Jerome Powell, who will testify to Congress on Wednesday and Thursday. Powell likely will find himself defending the Fed’s pledge to continue providing stimulus to the US economy until there has been substantial progress on lowering unemployment and getting annual inflation to hold above two percent. The BoE has warned of a temporary UK inflation spike to 3.0 percent as the economy gradually reopens. “The trend of higher prices shows little sign of slowing down… in both the US and UK,” said IG analyst Joshua Mahony. “Markets will only truly breathe a sigh of relief once we see this upward trajectory reverse.”