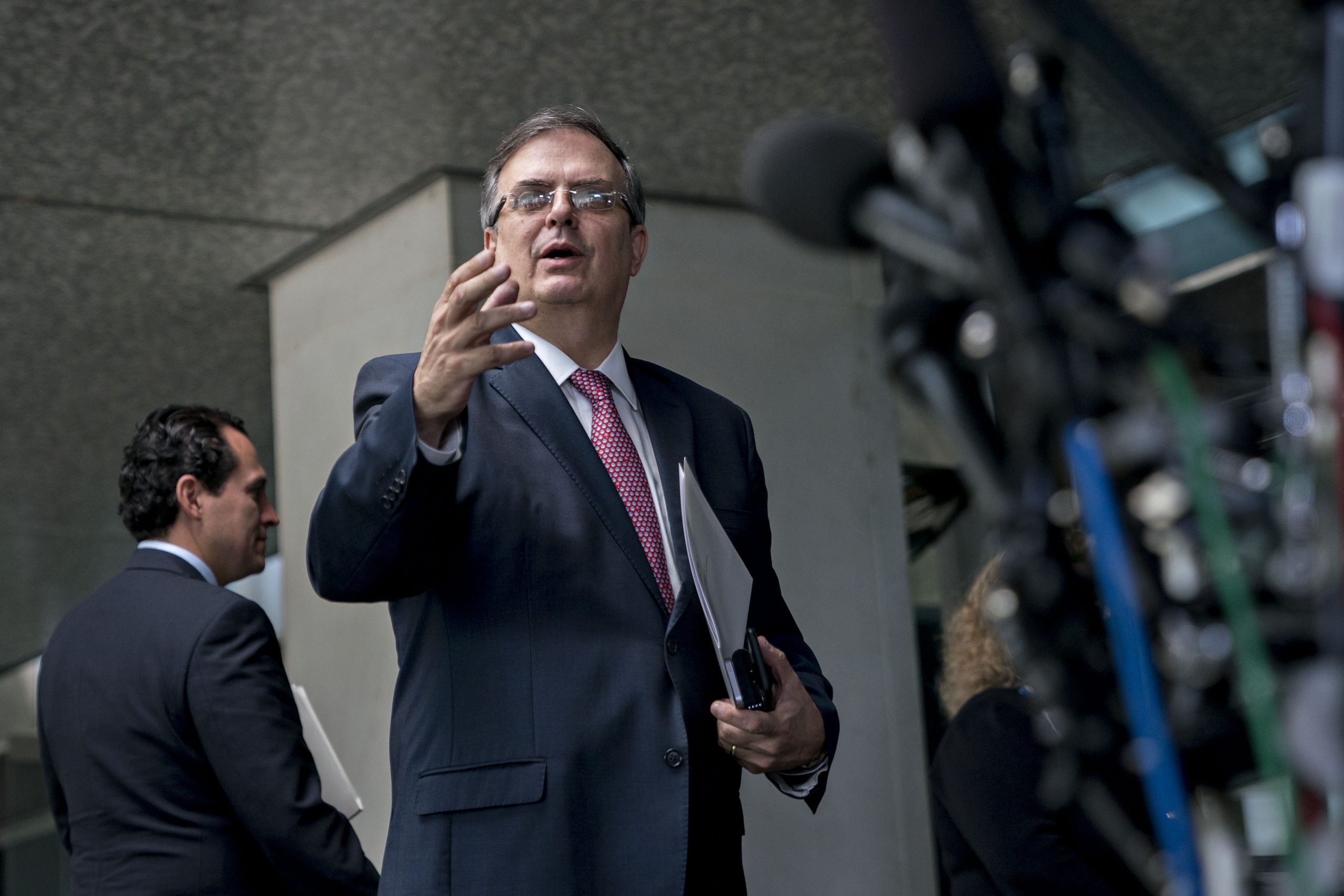 Mexican Foreign Minister Marcelo Ebrard on Tuesday declared his intention to run for president in 2024 as a candidate of the left-wing ruling party.

Appearing at President Andres Manuel Lopez Obrador’s daily news conference, Ebrard confirmed that he had discussed his plans at a recent meeting with friends and supporters. “When the rules are given and the time comes… let’s be prepared to participate,” said the top diplomat, who tried unsuccessfully to be a presidential candidate in 2012. Ebrard emphasized, however, that with two and a half years left before the start of the contest he would continue to focus on his responsibilities as foreign minister. The 61-year-old has played a prominent role in securing coronavirus vaccines for Mexico, one of the countries hit hardest by the pandemic.

Lopez Obrador, who has mentioned both Ebrard and Mexico City Mayor Claudia Sheinbaum as potential presidential candidates for his Morena party, said that they are both free to pursue their political careers. “Go ahead, with absolute freedom,” he said alongside Ebrard at Tuesday’s news conference, urging both of his proteges to work towards “the transformation of Mexico.” While Lopez Obrador continues to enjoy solid approval ratings, the Mexican constitution limits presidents to a single six-year term and he has promised not to seek re-election. Surveys show both Ebrard and Sheinbaum have seen their popularity dented by a deadly metro accident in Mexico City on May 3 that left 26 people dead. Ebrard oversaw the development and inauguration of the line in his former position as Mexico City mayor from 2006-2012.

Sheinbaum faces questions about whether the network has been properly maintained since she took office in 2018.