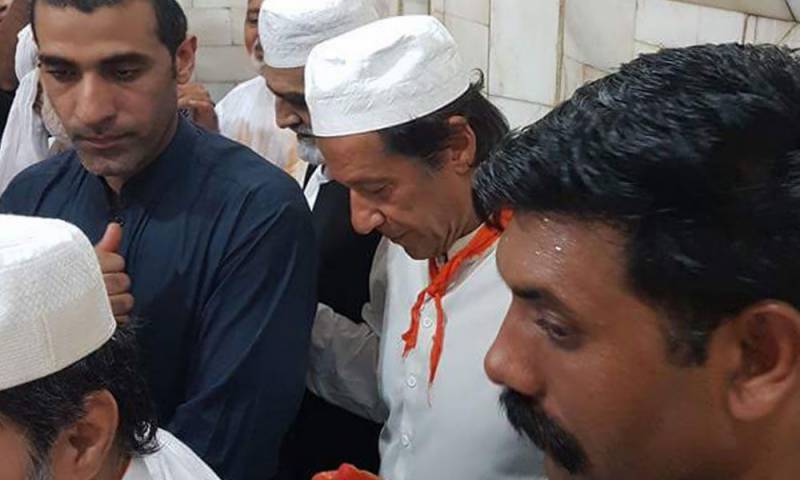 Islamabad: Prime Minister Imran Khan on Monday focused on the need for refurbishment and preservation of shrines across the country to increase religious tourism.

Chairing a meeting on the Integrated Development and Management Plan of Data Darbar, Prime Minister Imran Khan said shrines are our heritage as renovation and preservation of all such sites is very important to promote religious tourism.

He tasked a comprehensive plan for utilizing government owned lands around shrines for construction of educational institutions and hospitals.

Punjab Chief Minister Usman Buzdar attended the meeting through video link. During the meeting, the prime minister was briefed on restoration and conservation of Lahore’s historic as well religious places. PM Imran Khan was informed that a plan had been devised to make Data Darbar the center of education and provide pilgrims with food and shelter.

Prime Minister Imran Khan described mausoleums across the country as historical heritage and said the rehabilitation and preservation of such sites was very important for the promotion of religious tourism.

The premier’s statement came as he chaired over a meeting on the inclusive development and management of the mausoleum of Hazrat Data Ganj Bukhsh and the preservation, rehabilitation, and beautification of Lahore’s historic Badshahi Mosque and other mausoleums in Punjab.

He called for the formation of a comprehensive plan for the proper use of state lands around the mausoleums so that those could be utilized for hospitals and educational institutions.

Minister of State for Information Farrukh Habib was also present during the meeting.

The prime minister was briefed in detail about the project for preservation, rehabilitation and beautification of Lahore’s historic and religious places including the mausoleum of Hazrat Data Ganj Bukhsh Ali Hijweri, and Badshahi Mosque.

Late last month, the prime minister had inaugurated various tourism-related projects in Naran, where he also planted a sapling as part of a tree campaign during his visit

‘Tourism alone can help us pay our debts’

The premier, on April 23 as he inaugurated the Kohsar University in Murree, had stated that: “Our tourism industry is growing fast, and social media has played an important role in that tourism is the future of Pakistan. We can pay all our debts with tourism alone.”

He had said that Pakistan can earn far more from tourism as compared to exports.

The premier had said that since so many people visit Murree every year, the city gets overcrowded, so much so that people don’t even find the space to walk.

“In view of the situation in Murree, we need to open more touristic spots in the country,” he had said, adding that tourism will not only boost the economy but it will also generate employment for the local people and they wouldn’t be compelled to move to cities to look for work.