Pakistan can help in the peace process but cannot dictate us: Afghan Taliban Spokesperson 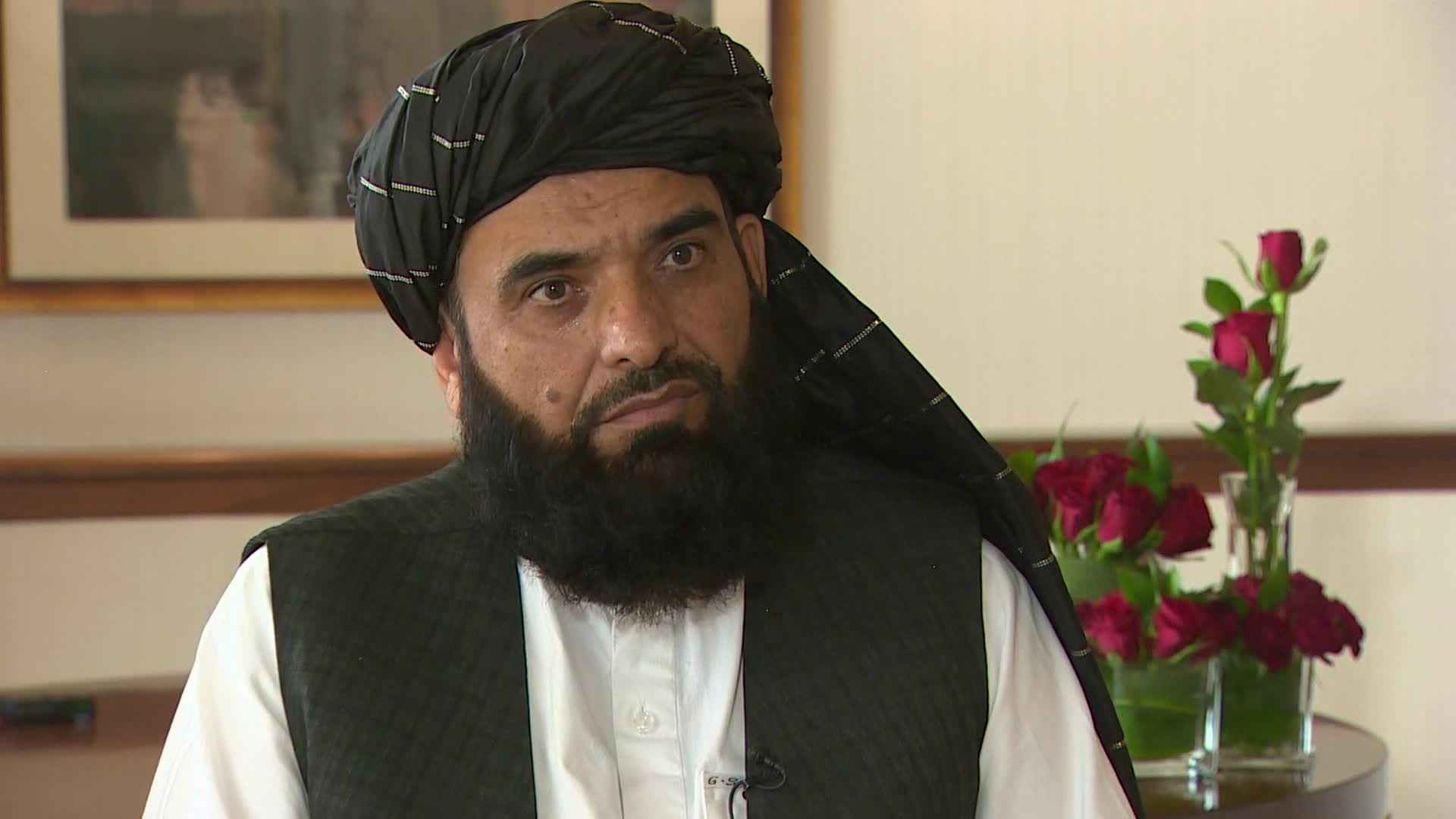 Tehreek-e-Taliban Afghanistan Spokesperson Suhail Shaheen has said that Pakistan is welcome to help the Taliban arrive at a negotiated settlement in Afghanistan but it “cannot dictate to us or impose its views on us”.

When asked how he views the Afghan Taliban’s relations with Pakistan to be, especially in the context of reports that the Taliban are not willing to listen to Pakistan, the spokesperson said: “We want brotherly relations. They are neighbours, a Muslim country, and we have shared values — historical, religious and cultural.”

“They can help us in the peace process but can’t dictate to us or impose their views. And this is against international principles,” he added.

Speaking of the Taliban’s demand for an Islamic Emirate of Afghanistan, Shaheen said that having an emirate is “a legitimate right of the people of Afghanistan”.

“We say nothing about other governments. They should not impose their view,” he said, reiterating: “This is not in accordance with international principles either.”

On whether the Taliban accept the outlawed Tehreek-e-Taliban Pakistan (TTP) or consider them opponents, after the TTP emir swore fealty to Afghan Taliban chief Mullah Haibatullah Akhunzada, Shaheen said: “I do not know of the TTP emir swearing allegiance [to our leader] but I will tell you the policy of the Islamic Emirate.”

“We will not allow the use of Afghan soil, neither by an individual nor by any group. I have said this in many interviews and I think our position is clear and known to all.”

Shaheen was also asked to comment on relations with India, in the backdrop of reports of meetings between representatives wherever talks were held.

“There has been no meeting or contact. We expect India to remain impartial and this is our struggle, the struggle of the people of Afghanistan,” he said.

The spokesperson said that governments “come and go” and that the incumbent government “was imposed after occupation”.

He said that India must align themselves with the people of Afghanistan by way of support if they wish, “not an imposed government”.

Shaheen was asked if the Taliban see the use of force as necessary and the only way to rule Afghanistan.

“A negotiated settlement is our policy and there has been no change in this,” he said, in response.

“We are still holding talks and meetings in Doha on the same agenda that has been decided already.”

He said that there are “new developments” in a few provinces “because security forces do not have confidence in the Kabul administration”.

“They are voluntarily joining our ranks. Not as a result of war,” Shaheen said.

“There may have been a few wars […] but 90% through mediation […] I would not say surrender, they have joined our ranks,” he added.

The spokesperson went on to say that earlier as well, the security forces “did not have confidence in the Kabul administration but with the presence of foreign troops, there were drones and other sophisticated airplanes, and if they would have attempted to join us, they would have been bombarded”.

“So it was difficult for them to join us [in the past].”

“But after they (foreign troops) left, they joined us and now in six weeks we have taken over 170 districts approximately,” Shaheen said.

The Afghan Taliban spokesperson was asked to respond to rumours that Afghan President Ashraf Ghani is not interested in talks which is why they have stalled and that the Taliban too have the view that sooner or later they will have Kabul in hand.

He was asked to, in conjunction, comment on whether people can hope for a negotiated settlement and if the Taliban will settle for anything less than an Islamic Emirate.

Shaheen began by saying that the Afghan administration shows the Taliban “no flexibility during talks”.

“This is the truth. The Doha deal said that within three months all prisoners will be freed. But this has not happened. They have not helped us in delisting from the black list either,” said the spokesperson.

“Our policy is that of durable peace in Afghanistan. This is not possible until we speak to all the divisions in Afghanistan,” he continued.

“Our view is that no party alone can rule peacefully in Afghanistan.

“On this basis, we have a policy of [arriving at a] negotiated settlement. We want to focus on the [rebuilding] of Afghanistan and to stop foreign interference. For this we want all Afghans to gather and hold talks,” Shaheen said.

When asked whether the Afghan Taliban are then ready to accept that democracy is the way forward and whether they are ready for elections, Shaheen said: “We have an agenda for an Islamic Emirate. And so we put it on the table and so did they [put their agenda of] democracy. But we do not say that our agenda must be imposed.”

“A negotiated form of government is acceptable but we have stressed that the system must be an Islamic system because our struggle for the last 20 years has been about this,” he added.

Shaheen said that the Taliban have already presented a draft proposal.

“We have shared our agenda. It’s not as if no road map has been presented. Otherwise what are the talks about in Doha?” he remarked.

When asked about how China, Pakistan and Russia have said they cannot accept an Islamic Emirate. “And so can you compromise on this concept for the sake of peace?”

Shaheen responded briefly by saying: “We signed the Doha agreement and the talks are in effect because of our leader’s go ahead.”

When asked about the past Taliban rulers insisting on men growing beards and women wearing burqas and what change can be expected now, Shaheen said the Taliban “do not oppose technology and science”.

“We are not against technology and science. It is necessary even by Islamic standards. We will just ensure content is according to Islamic values, the demands of our people, our history, and culture.”

“Information Technology is a weapon and we are benefitting from it and will continue to.”

Speaking of the forms of media that will be allowed, whether opposing views will be tolerated and whether there will be women participation, he said that a statement on this was issued recently.

“When we took over the northern province we issued a statement saying all media outlets and newspapers and offices and schools will continue operations and remain functional. They can have more channels even. But the content, of course, will be in accordance with our values,” he said.

Shaheen went on to remark that freedom of expression “has always been there in our values”.

“We will not have an Islamic dictatorship. Women’s basic rights will be ensured. Access to education and work will be provided,” he added.

On whether music will still be considered haram (forbidden), Shaheen said: “The mufti will be able to comment on this, neither can you nor me. We will refer to religious rulings on this.”