Althusser and his state apparatuses

* As the titles of these two types of apparatuses suggest, the former is employed to repress the public and the people in general and the latter apparatus is employed to generate loyalty 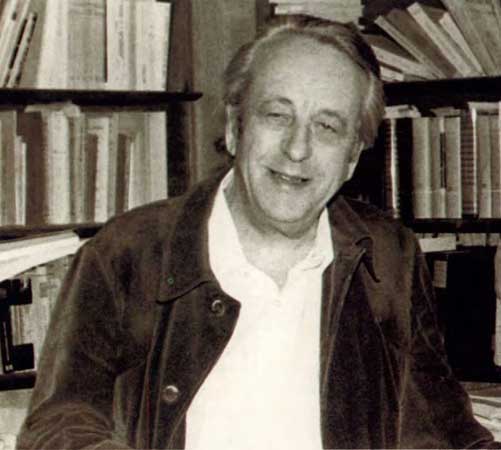 Althusser provides frame work in Marxian sense believing that State becomes oppressive with the use of its powerful apparatuses.

According to him there are two major types of state apparatuses. First is the type of Repressive state apparatus which includes Government, police, Administration, Special Institutions, Judiciary and Prison Houses. Second type of state apparatus, termed as Ideological state apparatus, comprises mainly of the formations of social, scholarly, religious, political, cultural, news and information. The former sources are a single centralized corps while the latter is multiple in nature and independent and get unified only with the state ideology.

As they say, postcolonial literature is also the literature of resistance which is not only political but also cultural. Pakistani fiction in English may not be altogether resistant and rebellious but some writers do portray the repressive as well as ideological state apparatus and its functioning. One of the examples of the repressive state Apparatus comes from Ghose’s novel Murder of Aziz Khan where Shah Brothers succeed in getting hold of the lands of Aziz Khan. Aziz Khan is a simple farmer and has two sons and a few acres of land which the Shah Brothers want to possess. They cannot do so unless Police connives with them. they bribe the police chief and wrongly involve the young son of Aziz Khan in a rape case which he never did and same is the kind of treatment meted out to the elder son by the police. Because of this repression Aziz Khan ends heart-broken death and the piece of Land is possessed by the Shah Brothers by buying at a very cheap rate.

As they say, postcolonial literature is also the literature of resistance which is not only political but also cultural. Pakistani fiction in English may not be altogether resistant and rebellious but some writers do portray the repressive as well as ideological state apparatus and its functioning

Sidhwa’s An American Brat portrays the tension and ideological oppression developed during the 1980s when Feroza, a young child objects to her mother’s coming to school in her traditional Parsee dress. Feroza tells her mom to wear an acceptable dress code so that she is not upset when people object to her mother’s dressing. Same is the case with the novel Home Boy, by HM Naqvi, which discusses women’s struggle and their refusal to compromise their freedom. They stage protests and launch processions to resist the working of ideological as well as repressive state apparatus. The novel A Case of Exploding Mangoes by Hanif Mohammed can be taken as the most probable illustration of Althusser’s concept on the State apparatus. The writer of A Case of Exploding Mangoes has allegorically narrated the story of the end of the era which is famous in Pakistan and the world with respect to the Kalashnikov culture and the Afghan Jihad. This article focuses the way the state apparatus functions on repressive level and ideological level. On the repressive level, the story of Ali Shigri and Ubaid is significantly portrayed to prove how these two young ones are controlled unless they follow the system in an obedient way. However, the ideological apparatus keeps on stressing its point of view and even after having disliked and having undergone the loss of Ubaid, Ali Shigri keeps on surviving and learning different arts and skills. Ali Shigri fulfils his dreams of revenge only allegorically and feels satisfied but still the system survives and keeps on working.

After the declaration of New World order by the US, and the current setup of the post 9/11 world, almost every country of the world, except a few, is toeing the line and policy given by the US. Seen through the lens provided by Althusser, it is using both the oppressive state apparatus as well as Ideological state apparatus to gain its aims and targets. This is special with the postcolonial states in the world. Postcolonial are the states that were formerly colonized by the British or the other colonizer.

Althusser’s vision about the repression of the people by the states is right and sufferings and problems of the world can be associated with the implementation of these two concepts. As Althusser claims that the capitalist states implement and deploy these tools of repression in order to keep the general people suffering and obeying their masters so that power may remain concentrated among the few rich people. In order to strengthen this situation, the production structures and the relationship of this production is designed to facilitate the profits of the rich class. Though this Marxist view point may not sound so applicable to the modern reader in a largely capitalistically controlled world, yet the sufferings of humanity would surely make the people look into the systems of the states imposed on them as is said by Althusser.