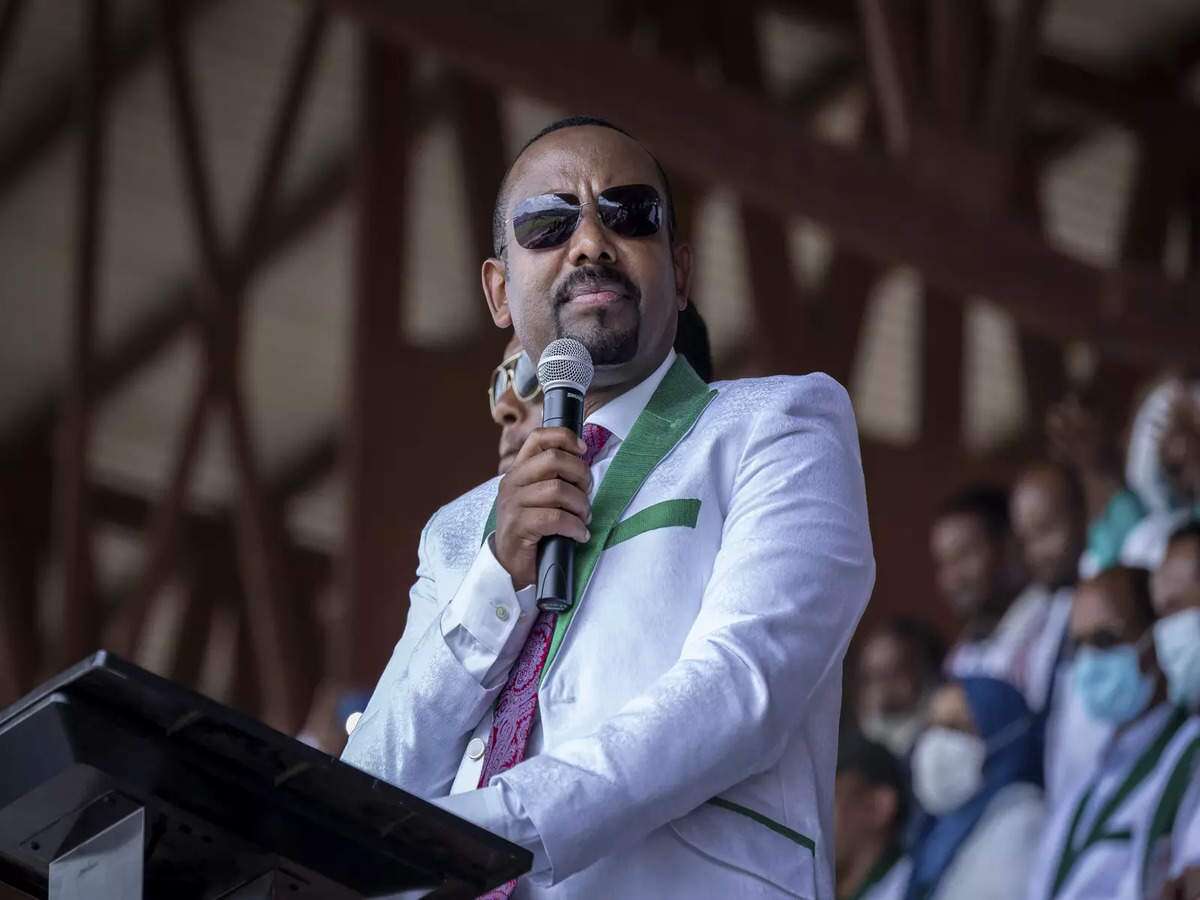 Results issued Saturday showed his party winning a June election after the country witnessed rapid and historic change in the three years under Abiy. But Ethiopia saw the outbreak of war in November in the northern Tigray region — where famine looms large — and rising ethnic violence.

Abiy was appointed in April 2018 by Ethiopia’s authoritarian ruling coalition after years of agitation by the two largest ethnic groups — the Oromos and Amharas — forced his predecessor to resign. Ethiopia’s first ever Oromo prime minister, Abiy sparked early hope of a democratic resurgence. Dissidents were freed from prison, exiles welcomed home, and a formal apology issued for state brutality. He also announced economic reforms, including liberalising parts of Ethiopia’s tightly controlled markets, the creation of a stock exchange, and opening state industries to foreign investors. Abiy’s early whirlwind days in office were not universally popular. A grenade attack targeted one of his rallies just two months after he took the top post.

In a surprise move, Abiy also made peace with Eritrea after a 20-year cold war with Ethiopia’s neighbour to the north. Eritrea voted for independence from Ethiopia in 1993, but a border dispute ignited a war later that decade that left 80,000 dead before sliding into a stalemate. Shortly after taking office, Abiy extended an olive branch by accepting the demarcation of the two countries’ shared border as drawn by the UN in 2002. He then paid a historic visit to Eritrea, where both sides declared the war over. Abiy won the 2019 Nobel Peace Prize in large part for instigating the thaw, though the award committee noted the reconciliation process had lost its early momentum.

The opening of political space under Abiy, however, spurred ethno-nationalism in restive pockets of Ethiopia long kept at bay by the repressive former regime. The Sidama people in Ethiopia’s south voted overwhelmingly in 2019 to create their own regional state, Ethiopia’s 10th. Other groups also challenged Abiy for greater ethnic self-rule, sometimes drawing a brutal response from security forces. Abiy has struggled to keep a lid on ethnic violence, including in his native Oromia. In June 2020, the shooting of an Oromo pop singer there sparked protests that saw 160 people killed in inter-ethnic violence and clashes with security forces. Opposition leaders were rounded up and jailed on terrorism allegations. Oromia has also witnessed massacres blamed on local rebel groups. Meanwhile, hundreds of civilians have been killed in ethnically-motivated clashes in Amhara, the second-most populous region.

In late 2019, Abiy disbanded Ethiopia’s long-ruling coalition and formed the Prosperity Party with his political allies. The Tigray People’s Liberation Front (TPLF), which had dominated the coalition before Abiy took power, refused to join. The TPLF complained of being sidelined under Abiy and openly defied his rule. In September 2020, it proceeded with elections in Tigray despite a federal order not to do so. In November 2020, Abiy accused the TPLF of orchestrating attacks on federal army camps in Tigray, and sent troops into the mountainous region who were aided by Eritrean forces. He promised a swift military campaign to detain and disarm the party’s leadership and militias. But Abiy’s government declared a unilateral ceasefire in Tigray at the end of last month after rebels took over large parts of the region. Ethiopia has faced censure on the world stage as a humanitarian crisis has worsened in Tigray, and troops have been accused of mass rape and ethnic cleansing.

Abiy was appointed, not elected, and vowed to hold the most credible elections Ethiopia had ever seen to secure a mandate for his reform agenda. The ruling coalition that preceded him claimed staggering majorities in the two previous elections, which observers said fell far short of being free and fair. The poll was rescheduled from August 2020 to June 2021 because of the coronavirus pandemic. Some of Abiy’s critics declared him illegitimate when his term expired in October. The election was postponed a second time to June 21 because of logistical setbacks, including delays in voter registration and a lack of electoral officials. The Tigray war, and ethnic unrest elsewhere, made voting impossible in large parts of the diverse country of 110 million people.