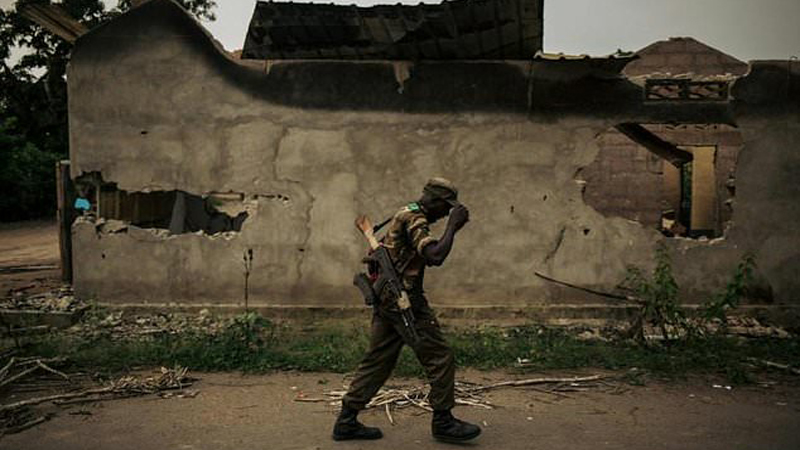 Government troops in eastern Democratic Republic of Congo on Tuesday said they had destroyed five hideouts used by rebels of the feared Allied Democratic Forces (ADF).

Army spokesman Lieutenant Jules Ngongo said they had located five of the hidden bases the ADF used to fall back to after their attacks on civilians in the northeast of the country. “The armed forces bombarded (these camps) with combat helicopters,” he added, forcing the rebels to flee and causing enormous damage. A humanitarian worker in the region confirmed to AFP that the army had bombarded ADF camps on Monday and Tuesday. Local official Dieudonne Malangay also confirmed the assault, in which helicopters were used. “Despite these bombardments, the ADF today killed four civilians and burned down seven houses in the zone,” he added.

On May 6, President Felix Tshisekedi placed the provinces of Ituri and North Kivu in a state of siege, replacing the civilian administrations there with military commanders in a bid to end the constant ADF attacks on civilians there. The ADF, an armed group that has been linked to the so-called Islamic State, has the bloodiest reputation of the estimated 122 armed groups that roam the mineral-rich eastern border region.