Flights schedule announced to bring Pakistanis back from Gulf states 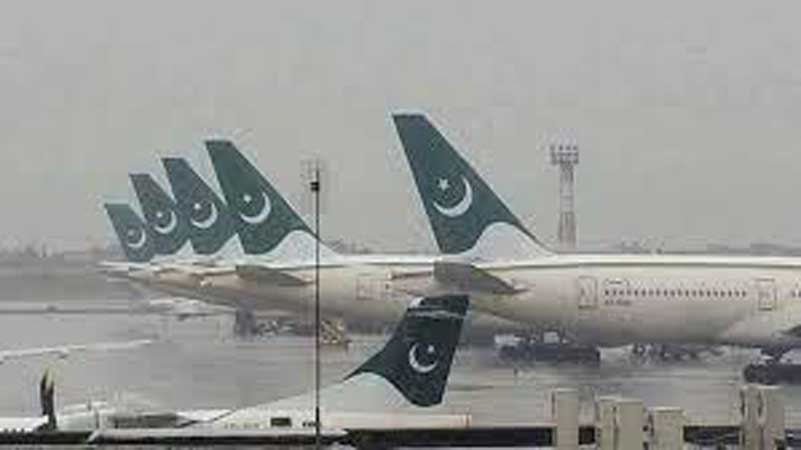 Pakistan International Airlines (PIA) on Sunday issued a schedule of special flights for bringing back stranded Pakistanis in Gulf countries.

Meanwhile, the Civil Aviation Authority (CAA) has said that PIA will bring home on special Boeing 777 flights over 6,100 citizens stranded in Gulf countries.

Thousands of Pakistanis have been unable to return to their country due to a wave of flight cancellations by Middle Eastern operators following recent travel curbs in their countries.

“PIA flights were upgraded from Airbus to 777 (as per existing schedule) to take approximately 6132 passengers from Dubai, Shariah, Doha and Bahrain on 18 PIA flights,” the CAA said in a statement.

Ten flights will depart from the UAE, bringing 3,394 passengers between July 5 and July 16, according to the statement. Another 2,016 Pakistanis will come from Qatar from July 6 to July 18, and 722 from Bahrain between July 9 and July 11.

The PIA will use Boeing 777 aircraft from its fleet as the wide-body airliner can accommodate more passengers than its regular Airbus planes operated on the routes.

Earlier on Saturday, Prime Minister Imran Khan had ordered concerned authorities to take immediate steps for bringing back stranded Pakistanis in Gulf countries. Following the premier’s directives, Federal Minister for Aviation Ghulam Sarwar Khan had said that PIA flights are being upgraded from Airbus to Boeing 777.

He said that more than 6,000 additional passengers will get the facility to travel through the national carrier from Dubai, Sharjah, Doha and Bahrain. Sarwar added that the up-gradation of flights will enable more than 2,000 travellers to travel to Pakistan before the Eid festival.

The decision was taken in a session held under the chair of Aviation Minister Ghulam Sarwar Khan and attended by PIA Chief Executive Officer (CEO) Arshad Malik and senior officials.