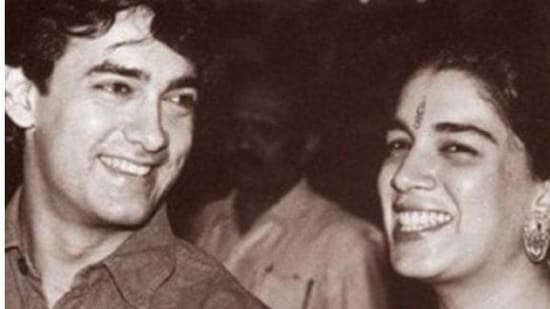 Bollywood superstar Aamir Khan and his wife Kiran Rao announced their divorce. This will be Amir Khan’s second divorce. He was previously married to Reena Dutta.

The actor has three children from his previous marriage to Reena Dutta.

Both of his marriages lasted almost sixteen years. Here’s a quick rundown of Aamir Khan’s marriages to both of his wives.

Aamir revealed in his love story with Reena that he pursued her a couple of times in 1999 and was rejected each time.

Reena was the one who went up to the Andaaz Apna Apna actor and confessed her feelings.

Aamir Khan and Reena Dutta got married on April 18, 1986, but divorced in December 2002 after almost sixteen years of marriage.

They have two children together a son, and a daughter.

Aamir Khan first met Kiran Rao while working as an assistant director on the film Lagaan (2001).

Aamir had another chance to meet Kiran shortly after his divorce from Reena in 2002.

After speaking with Kiran, Aamir recalled feeling ‘happy,’ and the two eventually fell in love.

The couple began dating and then moved in together shortly after.

After almost sixteen years of marriage, the couple shocked fans with the shocking news of their divorce.

“In these 15 beautiful years together we have shared a lifetime of experiences, joy and laughter, and our relationship has only grown in trust, respect and love. Now we would like to begin a new chapter in our lives – no longer as husband and wife, but as co-parents and family for each other,” they said in a joint-statement.