PPP announces to block GB for unequal distribution of funds 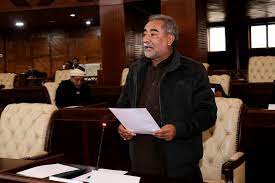 Pakistan Peoples Party (PPP) Baltistan has announced to block the entire Baltistan due to the opposition not receiving funds equal to those in the government. This was announced by PPP leaders during an important press conference at Skardu Press Club.

Member assembly and senior politician Imran Nadeem, PPP Skardu President Wazir Waqar Ali, People’s Forum Leader Basharat Advocate, PPP Senior Leader Basharat Zaheer and Party City President Afzal Samial said that excesses have exceeded the limit and fair distribution of development funds has not been ensured. They said that if the opposition members of the assembly were not given equal rights, they would protest and blockade the whole of Baltistan.

Imran Nadeem said that the government in Gilgit-Baltistan was practically paralyzed and the people were not getting electricity. Projects are being worked on however, opposition members have been walled off in the distribution of budget. No one has been abused during our tenure, but the PTI has abused the opposition to the extreme. In order to promote democratic values, it is necessary for the Chief Minister to have a dialogue with the opposition, otherwise the situation could take any turn and the problems would be serious.

He said that internal differences within the PTI have become serious. PTI is not a party, it was imposed on us in the form of a political party. He said that the removal of check posts on internal and external routes of Baltistan is a big conspiracy, it will increase the crime rate here, there will be a threat of terrorism.