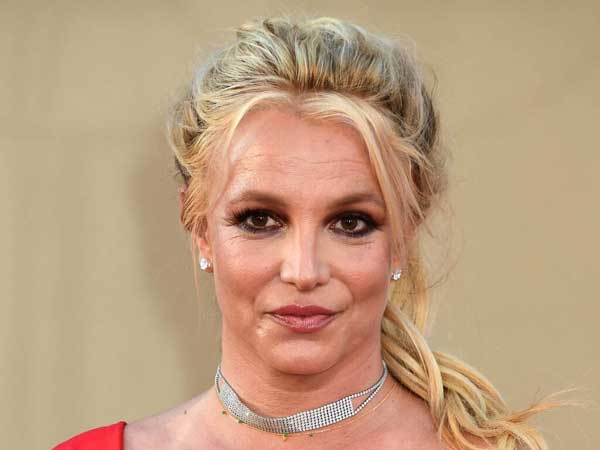 Britney Spears’ brother-in-law Jamie Watson, husband of Jamie Lynn Spears, is defending the sisters’ family while showing support for the singer after she spoke negatively about her 13-year conservatorship at a court hearing.

Britney’s comments on Wednesday, June 25, marked her first public statement about the arrangement since it was put in place in 2008 after she received psychiatric treatment. Her comments, made by phone, come amid her court battle to remove her and Jamie-Lynn’s father Jamie Spears as joint conservator of her financial and medical affairs.

“I can assure you her family loves her and wants the best for her,” Jamie Lynn’s husband told The New York Post on Friday, June 25. “I wouldn’t be around people who weren’t. Who wouldn’t want to be in support of Britney?”

At the hearing, the singer accused her dad of being controlling, called the conservatorship “abusive” and “stupid” and requested that it end without her being evaluated by a therapist.

Britney’s father responded to the singer’s comments at Wednesday’s court hearing through a statement read by his attorney, which said, “Spears is sorry to see his daughter suffering and in so much pain. Mr. Spears loves his daughter and misses her very much.”

While Britney’s brother-in-law has commented on her statement, Jamie Lynn herself has not. However, last year, the Zoey 101 alum responded to a user who wanted her to comment about her sister’s mental health, “You have no right to assume anything about my sister, and I have no right to speak about her health and personal matters. She is a strong, badass, unstoppable woman and that’s the only thing that is obvious.”

At Wednesday’s court hearing, Britney said she wanted to be able to meet with a therapist once a week at most, and at her own home to maintain privacy. The singer has in the past undergone mental health treatment both at her house and at clinics. At the hearing, Britney also described what she said was a phone call with her father about a past treatment plan for her.

“‘I’m sorry, Brittany, you have to listen to your doctors. They are planning to send you to a small home in Beverly Hills to do a small rehab program that we’re going to make up for you. You’re going to pay $60,000 a month for this.’ I cried on the phone for an hour and he loved every minute of it,” she said. “The control he had over someone as powerful as me as he loved to control to hurt his own daughter and 100,000 percent. He loved it.”

She also said in her statement, “My precious body has worked for my dad for the past f–king 13 years, trying to be so good and pretty. So perfect because he works me so hard when I do everything I’m told.”

Britney also spoke during her testimony about the alleged restrictions on her personal life under conservatorship and made another accusation: She claimed she was prohibited from removing an intrauterine device for birth control that was placed in her body.

“I want to be able to get married and have a baby,” said the singer, a mother of two sons from a previous marriage and who is currently dating Sam Asghari. “I was told right now on the conservatorship. I’m not able to get married or have a baby. I have a [IUD] inside of myself right now so I don’t get pregnant. I wanted to take the [IUD] out so I could start trying to have another baby. But this so-called team won’t let me go to the doctor to take it out because they don’t want me to have any children, any more children.”

Britney added, “Basically, this conservatorship is doing me way more harm than good. I deserve to have a life.”

Meanwhile, an attorney for Britney and Jamie Lynn’s mom, Lynne Spears, said the 66-year-old matriarch, who is not a conservator, is a “very concerned mother” after hearing the singer speak to the court. The attorney, who was present during the hearing, also encouraged the judge to listen to Britney’s request to hire her own private lawyer and to change her care plan.

“I first want to say that was very courageous of Spears,” Lynne’s attorney said during the court proceedings. “One thing I want to raise with the court is when she was there in May 2019 that she didn’t feel like she was heard. I feel we need to make sure today that she was heard.”