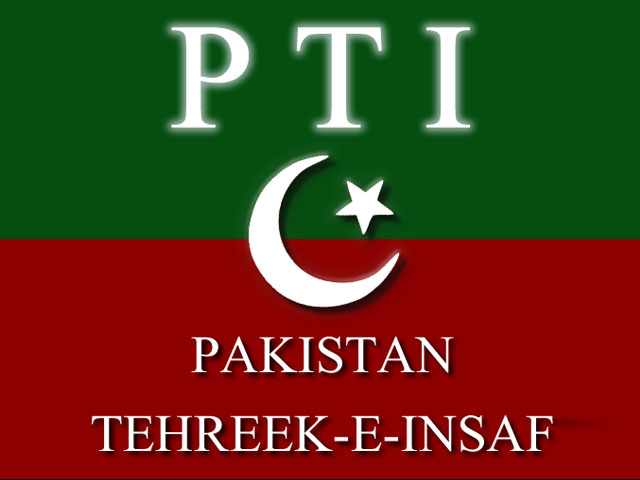 The differences in Pakistan Tehreek-e-Insaf (PTI) Baltistan wing have become serious due to which the real workers of the party are suffering from mental anguish. The party had been suffering from internal differences for a long time but now they have come to the forefront. The pro-governor workers had almost succeeded in capturing the party and pushing back the anti-governor workers.

The governor has given a complete free hand to his supporters. The other workers of the party have been completely walled off and the governor is lobbying hard to bring his favorites to the council seats.

In this regard, the governor has also fought high-level recommendations and has garnered the support of key federal government figures. Several senior party leaders have called on former chairman Baldia Ahmed Ali. They said that a few weeks before the last election, Ahmad Ali joined the Pakistan Tehreek-e-Insaf (PTI) and before that he was a staunch opponent of the PTI. He had helped PPP candidate Syed Mehdi Shah run a political campaign and used every tactic to defeat PTI from Skardu Constituency No. 1, but today, handing over the entire party system to Ahmed Ali, the governor has buried the party in a sense.

The like-minded workers, the chief minister and other senior ministers have been completely sidelined. Every important person of the party who comes to Skardu is also defeated by Ahmad Ali and others who have vested interests. The senior leaders of the party are being ignored. Ahmed Ali, the governor’s right-hand man, was contacted and said that he was a soldier of the prime minister and the governor.

He said, “The people who are accusing me will leave PTI as soon as PTI’s term ends.”

He also added that he is the president of the Insaf Welfare Wing and if anyone does not believe that they can see the notification that was issued.

I salute those who have been loyal to the party from the beginning. I respect the ideological activists from the bottom of my heart. I want to tell those who are making baseless allegations to refrain. Some people have come to PTI to get the council seat and the coordinator’s seat. On the day the council and coordinator are decided, some people will say goodbye to PTI.

Conspiracies to defame the governor and me will never succeed. We are working to strengthen the party. Let us do our job. He said, “I never left the party. I withdrew from the party for some time due to some differences. Now I am back in the party.”

Dr. Sharif, senior vice president of Pakistan Tehreek-e-Insaf Skardu, also expressed his displeasure over the current position of the party. He said that some vested interests were hijacking the party and those who used to spoon-feed were applauded. Positions are also being given to flatterers. What could be more unfortunate than the fact that the presenters of gifts are being fed? No one including the governor is following the vision of the Prime Minister. The flattery gang has hijacked the party. Ideological and non-ideological activists are face to face. Interest groups are also being brought to the council and coordinator seats everywhere.
Seasonal birds are coming to the fore. If the situation is not taken notice of, then after the fall of power, the seasonal birds will get up and leave. The real workers are disappointed. What will happen to the party in such a situation?

Muhammad Ali Dilshad, the founding leader of PTI Baltistan, has said that PTI has come to an end in Baltistan. Only mafias are taking over the process in the name of PTI. Ideological politics is now buried.

PTI Baltistan General Secretary Yousuf Nambardar has already sharply criticized the political situation in the region. He has said that the politics of Gilgit-Baltistan. The real workers of ideological politics have retreated.

Najaf Bhutto, senior leader of PTI, said that the party is now under the control of vested interests. The point is that instead of distributing posts on the basis of merit, they are being distributed on the basis of likes and dislikes. Here, under a systematic plan, people are being brought forward who openly supported the PPP in the last election and the PTI. The policy of rewarding traitors is incomprehensible. Non-ideological people have taken out the body of the party. The party leadership has to work consciously and show seriousness.