* Accused PM of becoming a lawyer for Kulbhushan Jadhav 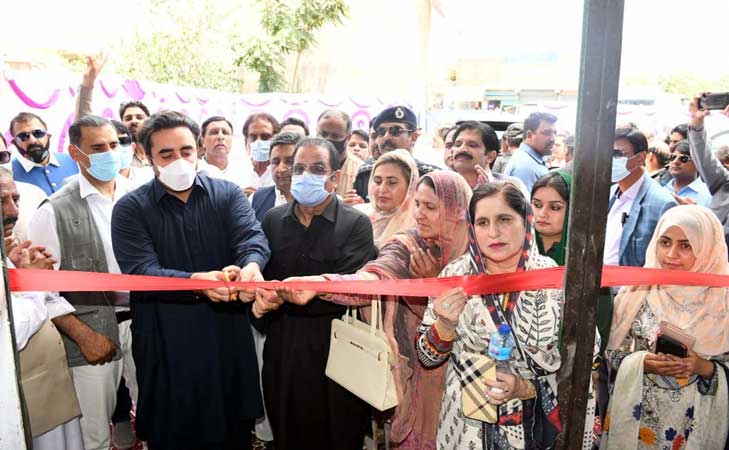 Pakistan Peoples Party (PPP) Chairman Bilawal Bhutto Zardari has claimed that his party will form its government in Azad Jammu and Kashmir (AJK).

Talking to a private television channel on Sunday, the PPP leader lashed out at Prime Minister Imran Khan, saying that he has always criticised his policy for Kashmir and his attitude towards the region.

Bilawal is in Kotli to muster support and galvanise PPP voters ahead of the 11th General Elections of Azad Jammu and Kashmir. The polls will be held on July 25.

“There is a clear difference between the attitude of Imran Khan and the prime ministers before him,” he said.

“I have full faith in the PPP candidates (of Azad Kashmir). They will stand by us,” he added. “We believe in our party’s strength and that our candidates have what it takes to form PPP’s government in Kashmir.”

Meanwhile, addressing a rally in Rawalakot on Sunday, Bilawal said that the people of Kashmir “will not follow a puppet regime”.

“We must get this message across to Islamabad that the people of Kashmir will decide their future on their own,” Bilawal said, adding that this was PPP’s policy.

Hitting out at Prime Minister Imran Khan, Bilawal said that “he promised to the people of Kashmir he would be their ambassador but instead became a lawyer for Kulbhushan”. The PPP chairman, strongly objecting to the passing of The International Court of Justice (Review and Re-consideration) Bill, 2020 in the National Assembly, claimed that the parliament was not taken into confidence before the bill was passed. “If Imran Khan wishes to give Kulbhushan an NRO, he can go ahead. But PPP will never be your partner in crime,” he said to the government.

The last date for filing appeals before the election commission against the acceptance or rejection of nomination papers by returning officers has been fixed for June 27 before 2pm, while the hearing of appeals will be conducted from June 28 to 29, with the decisions announced on June 30 and July 1.