The recent pandemic, Covid-19, has swept through the world in such a short span of time. Since its outbreak, it has wreaked havoc in more than 214 countries of the world with total confirmed cases of more than 156 million and more than 3.2 million deaths. The novel virus has posed some serious threats to physical health and economic security inter alia making it the ultimate stressor in the society. The impediment measures—lockdowns and social distancing—taken by governments to curb the spread of coronavirus have stifled its growth but it was not adequate until the development of the vaccine last year.

Scientific community rose to the challenge and developed Covid-19 vaccine which provides acquired immunity against the virus causing the disease. After testing and clinical trials, different vaccines are now available in the market and accessible to the masses. Immunization through vaccines is considered to be a safe and effective solution to the existential problem but actually, most of the people do not think so. It has in fact triggered the epidemic of doubt and suspicion in the form of vaccine hesitancy.

What is vaccine hesitancy? Is it a threat? WHO explains it as a “delay in acceptance or refusal of safe vaccines despite availability of vaccine services”. It varies across time and location and depends, generally, upon low confidence in the effectiveness of and type of vaccines, convenience and low perceived risk of the disease. Therefore, it has become a major concern not only in Third World countries but also in the United States as the states with high vaccine hesitancy have a lower rate of their population getting vaccinated. The picture of South Asia particularly Pakistan is no different where there is history of denying vaccines; polio vaccine is still considered, though by one of the factions, to be making children infertile.

Conspiracy theories and misinformation are sprouting through social media leaving room for doubt and fear. Some Pakistanis believe that China conspired and spread this virus intentionally to undermine the hegemony of the United States while others are of the view that USA is behind all this to target Muslims of the world especially Pakistanis. If they get vaccinated, their actions will be controlled by either the USA or China depending upon the vaccine developed by the former or latter. Videos of light bulbs and magnetic chips doing the rounds on social media have added to the conundrum of the people. Religious factions think that the vaccines will target Muslims so that Jews can rule the world.

Fear created by these is more infectious than the virus itself. People have little or no interest in the healthcare industry which, they think, prefers profit over safety, the country producing the vaccine, and the agencies governing them. Anti-vaccine activists in first world countries have also fanned the hesitancy by outrightly denying to take vaccines and the effects of their protests spread out quickly to Third World countries threatening the uptake of vaccines. In the age of denialism, trust deficit in the medical and scientific establishment is common. It is a fallacy many people have that the standard vaccines are not effective for all, instead they prefer natural treatments.

Yes, getting vaccinated is a personal choice—one can or cannot have, but public health is not personal. If one is not getting vaccinated, one is potentially putting others at risk. Keeping in view the economic constraints, long-term lockdown is not possible thus vaccines are the ultimate solution to prevent Covid-19. It is the dire need to turn a deaf ear to all the rumors and get vaccinated.

It is heartening to see that at the time of writing, more than 3 million Pakistanis have been fully vaccinated which makes only 1.4% of the total population and this number is expected to grow but vaccinating the entire population is still far-fetched.

The writer is working in the oil & gas sector. He tweets at @TheAvidAhmad 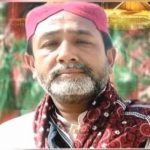 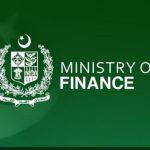