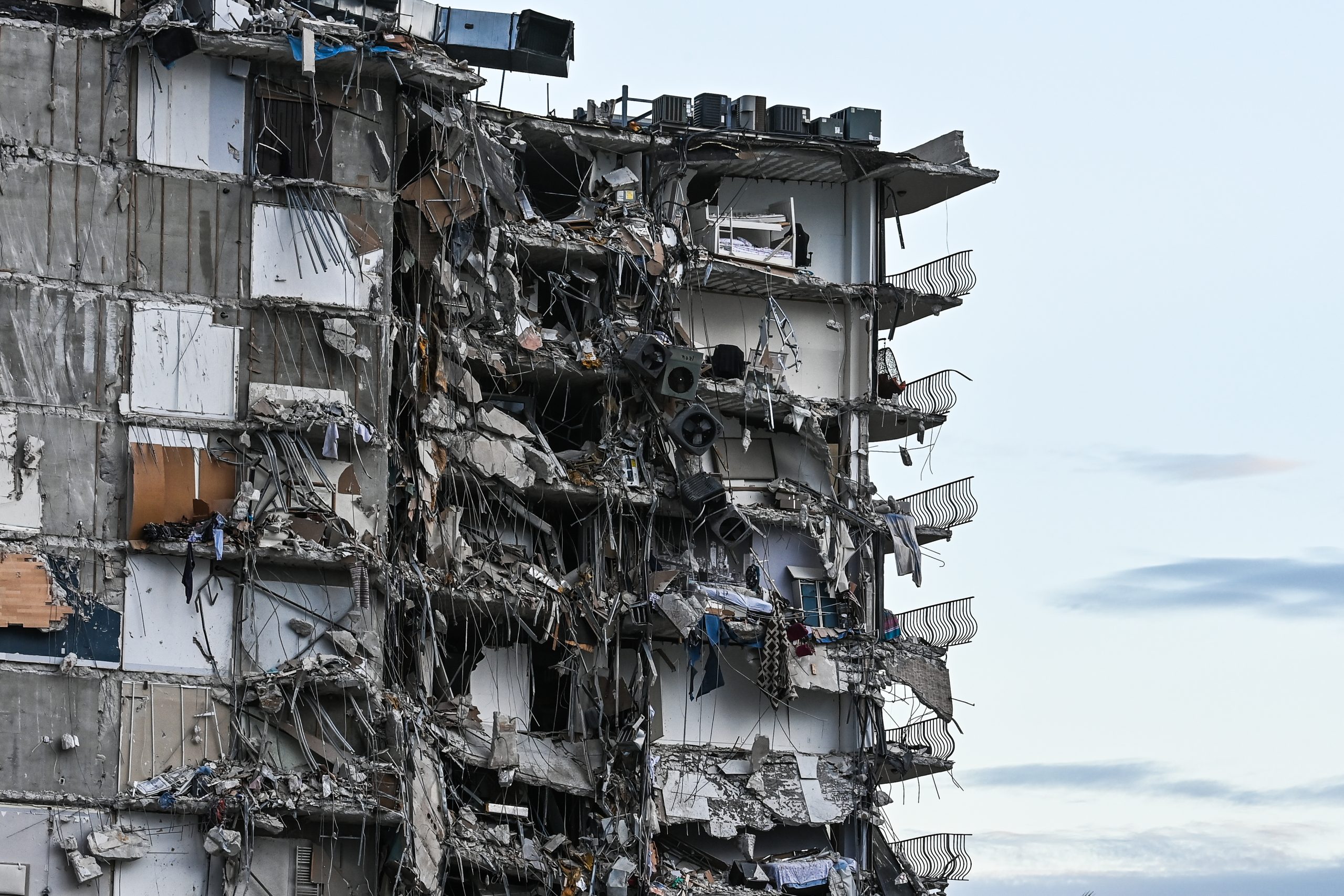 A 12-story oceanfront apartment block in Florida partially collapsed early Thursday, killing at least one person and sparking a major emergency response with dozens of rescuers combing the rubble for survivors.

Video footage posted online showed a large portion of the building in the town of Surfside — just north of Miami Beach — reduced to rubble, with the apartments’ interiors exposed. It was unclear how many people lived in the building or who had been inside at the time. Some residents were able to walk down the stairs to safety while others had to be rescued from their balconies.

At least one person has been confirmed dead, Surfside mayor Charles Burkett told NBC’s Today show. “My police chief has told me that we transported two people to the hospital this morning at least, and one has died. We treated 10 people on the site,” Burkett said. He said dogs were helping in the search for survivors but “tragically” had not found anyone yet. “Apparently when the building came down it pancaked, so there’s just not a lot of voids that they’re finding or seeing from the outside.” And he said it was not clear how many people had been inside, or why the building collapsed. “It looks like a bomb went off, but we’re pretty sure a bomb didn’t go off, so it’s something else.”

Santo Mejil, a local resident, said his wife was an overnight caretaker who was in the complex when it collapsed. “She said she heard a big explosion. It felt like an earthquake,” he told the Miami Herald newspaper, tearing up as his wife called again to say she was being evacuated from the complex. “My prayers are with all those impacted by this horrific tragedy and with their families,” Miami-Dade mayor Daniella Levine Cava tweeted. “We are so grateful to @MiamiDadeFire, @MiamiBeachFire and all the first responders on the scene – may they stay safe while working to save lives.”

Miami Beach Police Department said its officers were “assisting the Town of Surfside at a partial building collapse.” “Multiple police and fire agencies from across Miami-Dade are assisting,” the force added. Miami-Dade Fire Rescue said: “Over 80 MDFR units… are on scene with assistance from municipal fire departments.” Local media said records showed the building was built in 1981 and had more than 130 units inside.