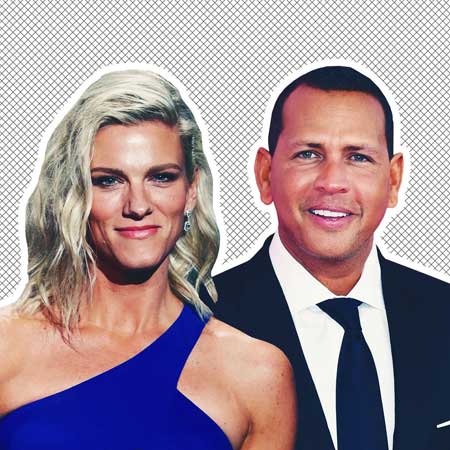 New couple alert?! Not so fast. For the past two months, Alex Rodriguez has been living the single life after he and Jennifer Lopez officially called off their engagement in April. However, many wondered if the retired MLB player had moved on after he was spotted hanging out with Ben Affleck’s ex-girlfriend, Lindsay Shookus, at her birthday party on Saturday, June 19, per Page Six.

The outlet reported the 45-year-old athlete sat right beside the Saturday Night Live producer during an intimate backyard celebration in the Hamptons.

Given the timing of their get-together, it most certainly piqued people’s interest. After all, Ben recently rekindled his romance with A-Rod’s ex, JLo, who he dated and got engaged to in the early aughts.

But Alex’s rep confirms to E! News that there’s nothing romantic going on between the sports broadcaster and 41-year-old producer. Put simply, “They have been friends for 15 years.”

A source close to Lindsay echoes similar sentiments, telling E! News, “The two have been friends for years and Lindsay is still on good terms with Ben Affleck.”

Another insider reiterated, “They are long-time friends.”

At this time, both Alex and Linsday have yet to publicly comment on their recent hang out.

While A-Rod has mostly kept quiet about his breakup with the Hustlers actress, he did share on Instagram Stories that he was focused on starting his next chapter.

Given the timing of their get-together, it most certainly piqued people’s interest. After all, Ben recently rekindled his romance with A-Rod’s ex, JLo, who he dated and got engaged to in the early aughts

“I am about to step into a new beginning in my life,” he captioned his post in May. “Anything that doesn’t serve me is clearing out of my life. New energy is emerging. New levels are unlocking for me mentally, physically and spiritually.”

He concluded, “I am remaining patient and know that this new phase of my life is coming.”

Although it’s unknown if the former New York Yankees player is ready to date again, it’s clear that his ex-fiancée isn’t single and ready to mingle anymore. Earlier this month, a source close to Jennifer told E! News that she and Ben “are inseparable and it’s going really well.” The insider added, she “has never been happier and knows it was meant to be.”

What’s more? The source noted just how much her twins, Max and Emme, 13, have warmed up to the Justice League actor. As the insider described, “Her kids really like Ben and think he’s funny and fun to be around. He’s totally won the family over with his charm.” Since dating Lindsay on-and-off between 2017 to 2019, Ben also moved on. He most recently dated actress Ana de Armas, but the two decided to go their separate ways in January.