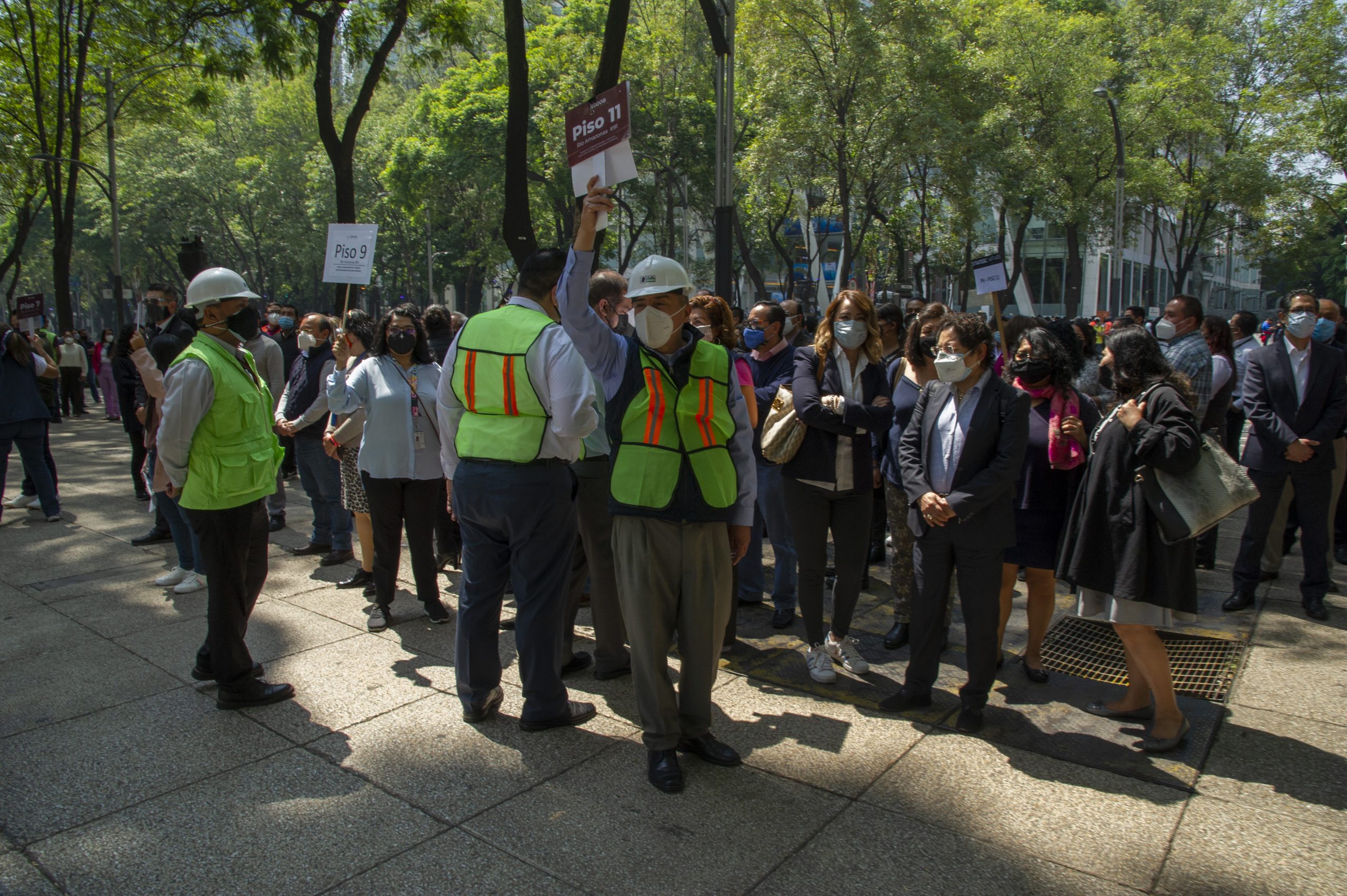 Millions of people across Mexico on Monday took part in earthquake simulation drills for the first time since they were suspended last year because of the coronavirus pandemic.

The resumption of the emergency exercises follows a steady decline in new Covid-19 cases and deaths in Mexico, one of the countries worst hit by the virus. The drills, held regularly before the health crisis, aim to prepare the country for the inevitable next major tremor to strike one of the most seismically active regions on Earth. This year the authorities urged people to wear face masks and socially distance to avoid infection with the coronavirus, which the government says has killed more than 231,000 people in Mexico. In the capital, the exercises simulated an 8.1-magnitude earthquake with an epicenter off the coast of the southern state of Guerrero that was strongly felt in Mexico City.

According to the authorities, around six million people participated in the capital, many of them evacuating buildings and pouring into the streets after warnings over the city’s more than 12,000 loudspeakers. About 200 of the devices failed, according to authorities. The warning system uses seismic monitors in the aim of giving Mexico City’s nine million residents advance warning of earthquakes with epicenters along the Pacific Coast. “We must be prepared whenever earthquakes happen. Since we practice often, we already knew what to do,” Jose Ramirez, a 32-year-old head waiter, told AFP.

On Reforma avenue, home to major hotels, corporations and government offices, thousands of people evacuated buildings when the alert sounded. Civil Protection helicopters flew overhead and firefighters deployed as part of the simulation in a country sitting atop five tectonic plates, including three major ones. On September 19, 1985 a 8.1-magnitude quake killed more than 10,000 people and destroyed hundreds of buildings in Mexico City. Shortly after residents held a practice drill on the anniversary of that earthquake in 2017, a 7.1-magnitude tremor left 370 people dead, mainly in the capital.

In other states with no seismic risk, such as Nuevo Leon in northern Mexico, Monday’s exercises simulated a fire.